Tuesday, May 17
You are at:Home»News»Driver burnt to death when his car catches fire 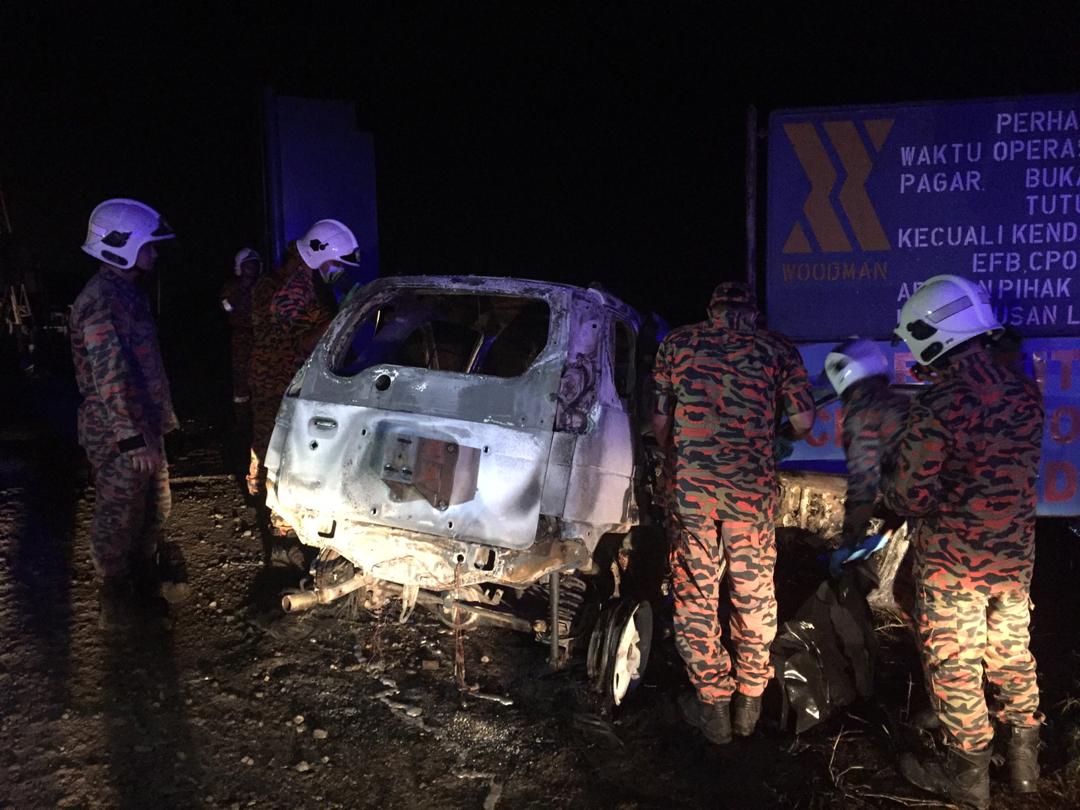 Bomba personnel checking on the vehicle at the scene.

MIRI: A driver was burnt to death when his car caught fire near Sg Adong bridge in Kuala Baram early this morning.

The identity of the victim, however is still unknown.

In a statement today, Lopeng Fire and Rescue station said a team of six personnel in one fire engine and two personnel in one Emergency Medical Rescue Services (EMRS) rushed to the scene after receiving a distress call at 2.22am.

“Upon arriving at the scene at 3.25am, the team found a charred remains inside the car. The identity of the deceased however is yet to be ascertained,” it said.

Police forensic team were also called to the scene.

The charred remains was later handed over to the police for further investigation.