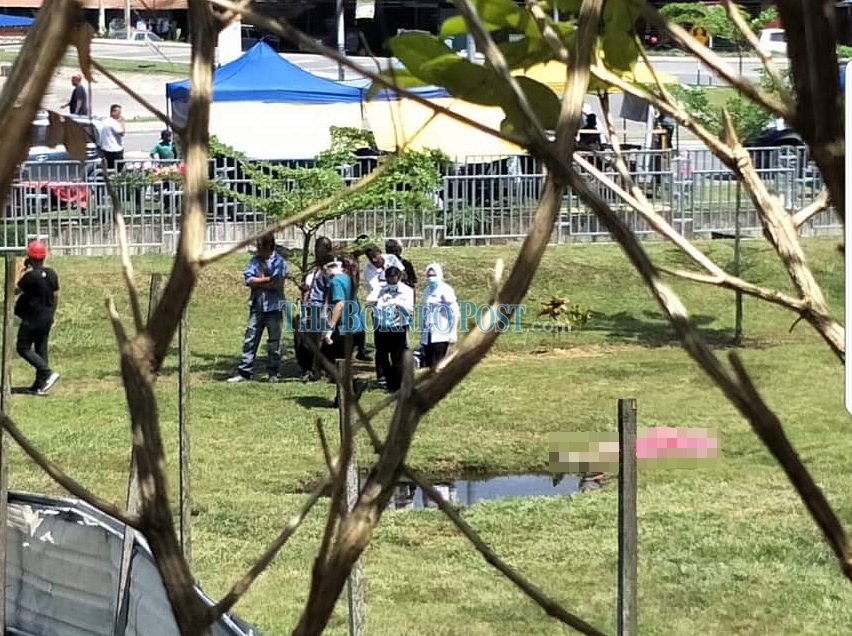 The victim’s body found beside a pond near Sebiew fish market.

SIBU: Members of the public in Jalan Kampung Baru, Bintulu were shocked by the discovery of a body of an elderly man found drowned in a pond near Sebiew fish market at around 1.53pm yesterday.

In a statement, Bintulu district police chief Superintenden Zulkipli Suhaili said the victim has been identified as Cheng Sing Foo, 66.

Investigating officers rushed to the scene immediately after receiving a call from members of the public.

Upon arrival, the police found a man lying beside the pond, with paramedics who were also called to the scene certifying that the victim had died.

It is learned that the victim was believed to be mentally challenged and often went out from the house for a walk in nearby areas.

“Members of the public passing by the area who saw the victim near the pond, believe that the victim had been taking a bath before falling into the pond and drowning,” he said.

The victim’s body has been brought to the Bintulu Hospital mortuary for a post-mortem.

As of now, he said there was no criminal element in the case, which has been classified as sudden death.