Tuesday, July 5
You are at:Home»News»Sabah»Boy drowns in swimming pool 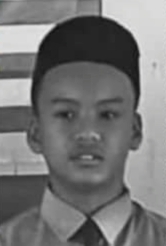 TAWAU: An 11-year-old student drowned in a swimming pool at a resort on Monday.

District police chief ACP Peter AK Umbuas said the victim was identified as Tuah Iskandar bin Azizul who went on a family outing to the resort.

The incident happened about 1.20pm and the family brought the victim to Balung Clinic to get an ambulance to bring him to Tawau Hospital.

However, the victim was pronounced dead by a doctor on duty.

Peter said investigation at the scene of the incident found that the swimming pool is about four feet deep for children and more than 10 feet deep for adults.

He said early investigation showed the victim could have slipped and drowned, adding that the swimming pool floor was slippery and the water was murky.

Peter said the post-mortem on victim revealed that drowning was the cause of death, hence it was classified as sudden death.