A post on Facebook from user ‘Wei Wei Kho’ showing photos of the car that apparently caught fire while parked at the shopping mall.

KUCHING: A car has reportedly caught fire in the parking lot of Vivacity Megamall here today, with pictures of the incident emerging on social media.

Pictures of the apparent incident seem to show that the mall has been evacuated following the fire.

Car alarms can be heard blaring while shoppers try to look for an exit as the parking lot fills with smoke in one of the videos posted online.

Fire and Rescue Department (Bomba) personnel are at the scene.

After putting out the blaze and ending the operation at 3.15pm, Bomba confirmed that two cars were affected by the fire – a blue Perodua Myvi and a black Proton Gen 2.

The fire is believed to have originated from the Gen 2, which then spread to the Myvi parked next to it.

The mall has since issued a short statement, confirming that the fire has been extinguished and that the mall has been reopened to shoppers.

“Dear valued shoppers, there was a car that caught fire at P4 Carpark, the fire has been extinguished and brought under control. Bomba is in the midst of investigating the cause. Business resume (sic) as usual, happy shopping,” the statement on the mall’s official Facebook page read. 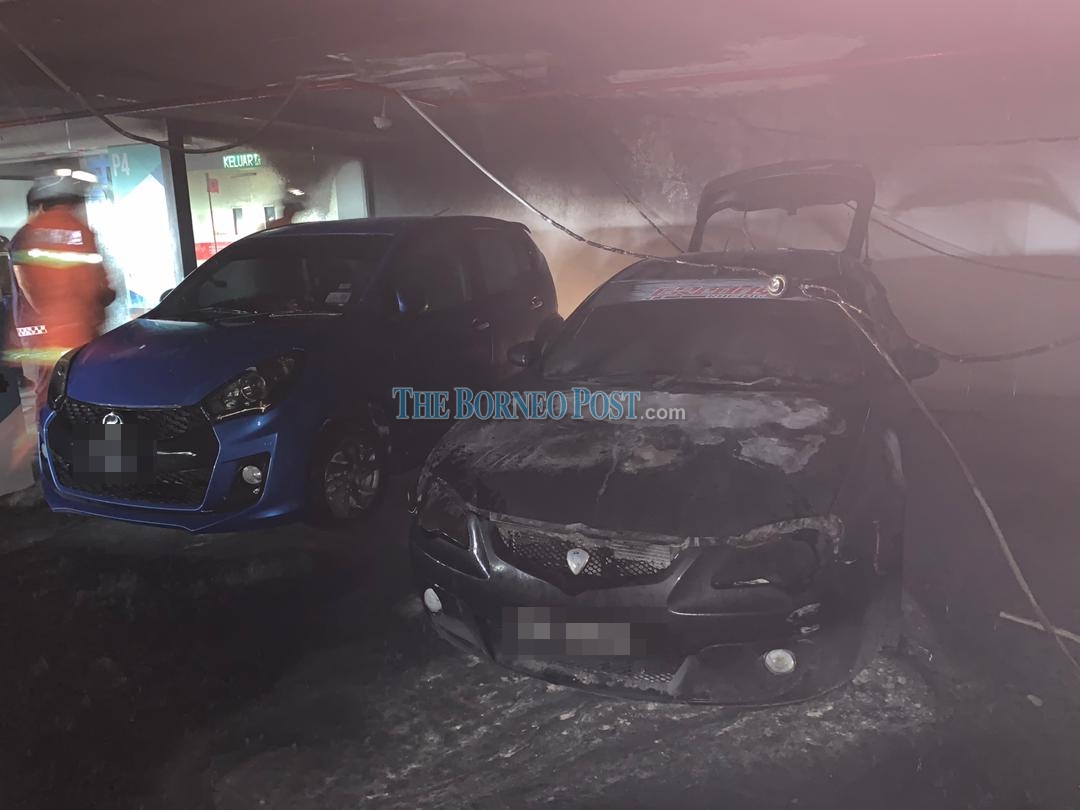 The two vehicles which were affected by the fire in the parking lot. Photo source: Bomba