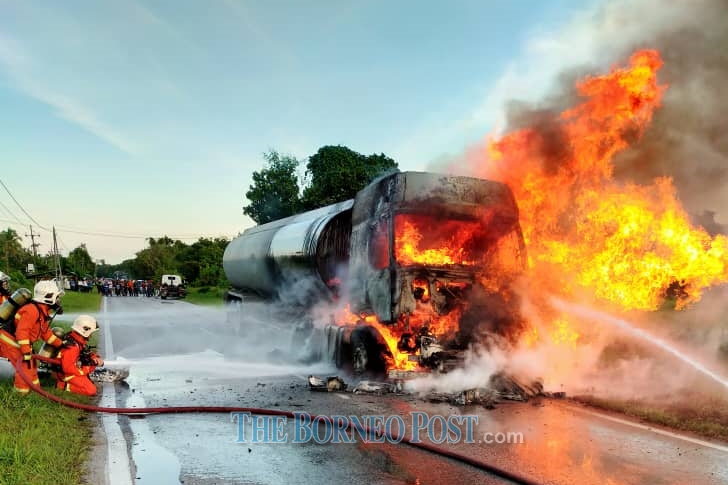 Firefighters extinguishing the fire which engulfed the oil tanker yesterday.

Fire and Rescue Department (Bomba) in a statement today said the fire was believed to have started at the lorry’s front tyres, which quickly spread and engulfed the driver’s cabin.

Firefighters from the Kota Samarahan fire station managed to bring the fire under control at 6.30pm by using water and foam.

After ensuring that the fire would not reignite, Bomba ended their operations at 7.10pm.