Monday, May 16
You are at:Home»News»Express boat catches fire near Sarikei express boat terminal 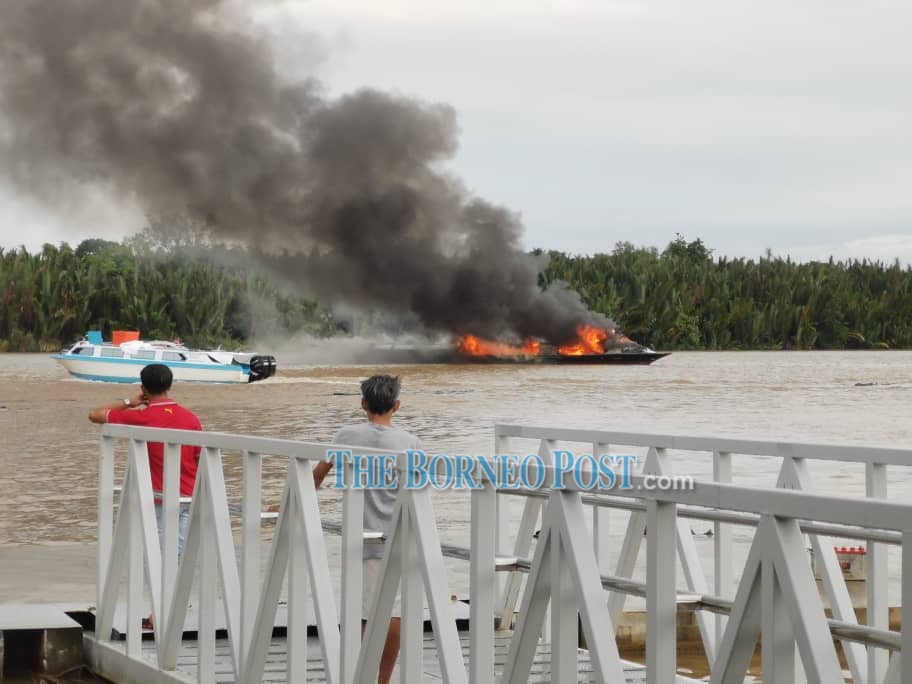 The burning express boat is being towed into the middle of the river by a speedboat.

SARIKEI: An express boat, which was making its way back to the Sarikei express boat terminal two after refueling its tank, caught fire at around 8am this morning.

According to him, three people comprising of the skipper and two crew members were on board the ill-fated boat when it caught fire.

However, all the three managed to escape unhurt in the incident.

“Fortunately, there was no passenger in the boat at that time. As it was scheduled to depart for Tanjung Manis around 3pm today,” he said.

Meanwhile, Sarikei fire station chief Mahmudin Narudin, who led a team of firefighters to extinguish the express boat fire, said that they have yet to ascertain the cause of the fire.