Friday, May 20
You are at:Home»News»MMEA Sarawak to receive new OPV latest by first quarter of next year – MMEA DG 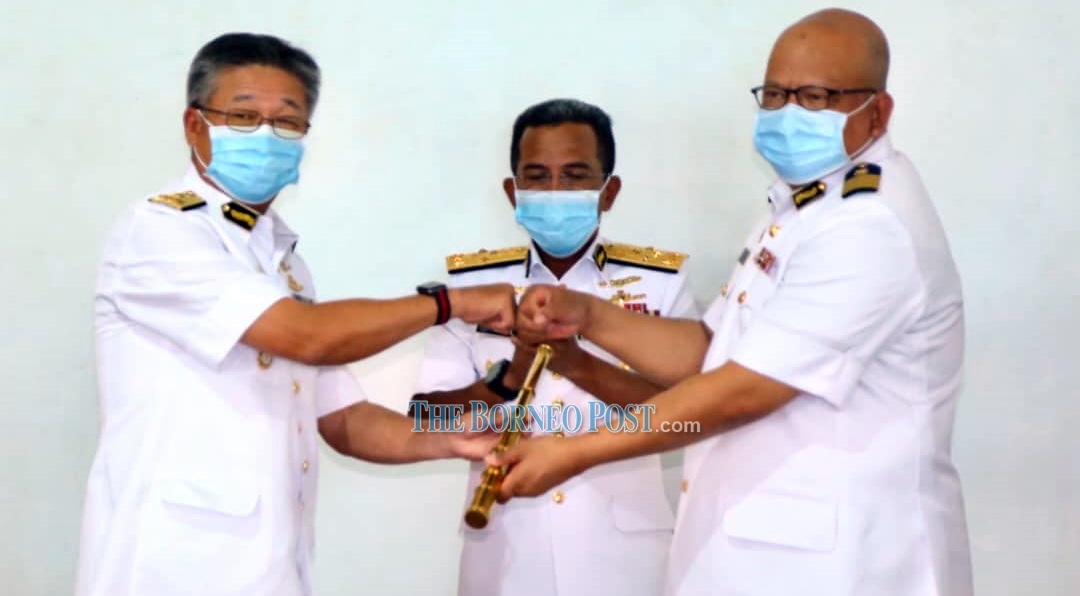 Teh (left) handing over an instrument symbolising handing over of duties to Zin Azman and witnessed by Mohd Zubil (centre).

Speaking at the press conference at the Tun Abang Salahuddin Maritime Complex (Komtas) here today, Mohd Zubil said three OPVs costing about RM700 million, are currently being constructed in Klang and when completed, they will be sent to Sarawak, Sabah and Pahang.

He said the OPV, measuring 83 metres long and 13.7 metres wide, which is capable of conducting patrols at sea for up to 30 days without having to return to base and can help curb the issue of foreign encroachments.

“With the availability of another new asset such as OPV, our capability in monitoring of water encroachments including by the illegal fishermen could be better enhanced,” he said.

Besides the OPVs, Mohd Zubil said MMEA will also own four additional medium sized helicopters which is expected to be delivered by end of this year.

As of now, he said MMEA has 261 boats and vessels, six helicopters and two Bombardier aircrafts.

Meanwhile, Mohd Zubil advised fishermen in the state to prioritise their safety by wearing life jackets when they are in the sea.

He said although it is not under MMEA’s duty to monitor the fishermen’s safety, their survival rate would be very high if they wear life jackets.