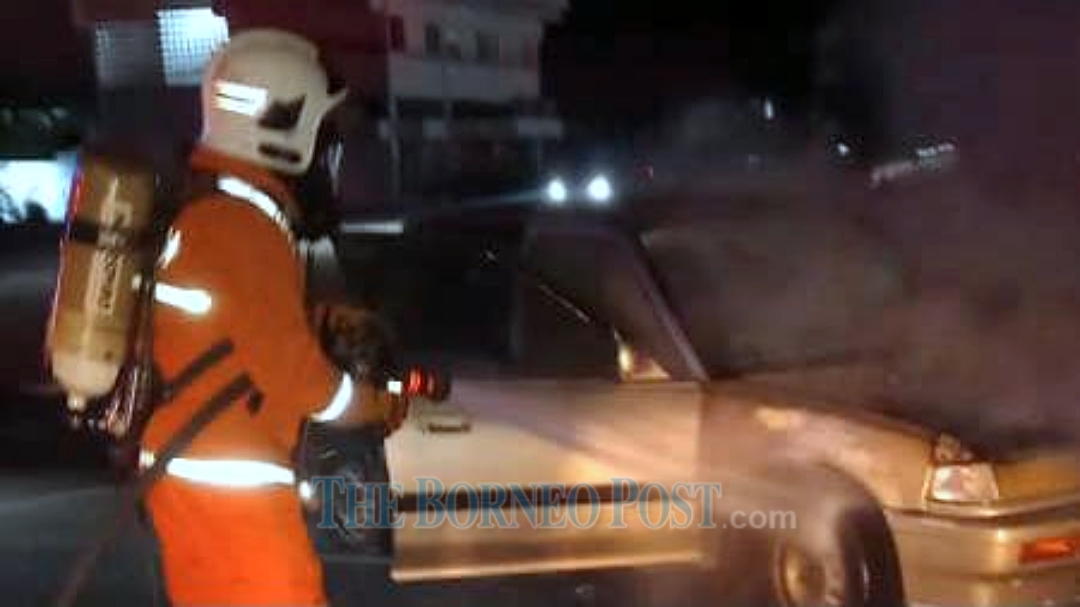 A fireman dousing the car fire. – Photo courtesy of Bomba

MIRI (April 10): A middle-aged man was taken to the hospital with first degree burns after a car fire in Limbang Friday night.

At about 10.24pm, the Sarawak Fire and Rescue Department (Bomba) Operation Centre said they responded to a report of a car engulfed in flames near Medan Selera, Limbang.

The 53-year-old victim suffered first degree burns to his face, ears, and neck, according to a statement from Bomba.

“The man was checking the engine of his car when it suddenly burst into flames,” said a Bomba spokesperson.

The victim was taken to Limbang Hospital by a member of the public and was in stable condition.

A team of seven firefighters from Limbang Fire and Rescue Station was deployed to the scene and the operation commander reported that the engine of the car had caught fire.

Firefighters later managed to extinguish the fire which had destroyed 30 per cent to the car.