Saturday, October 1
You are at:Home»News»Sarawak»Sarawak to come up with master plan to develop agriculture industry, enhance food security 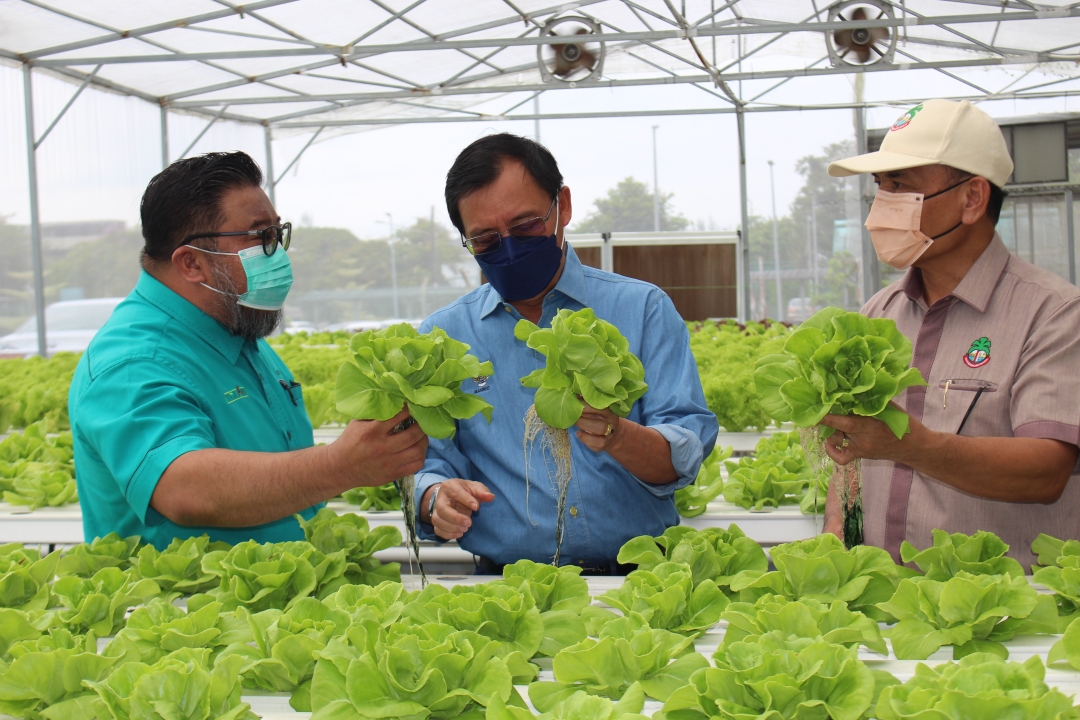 He hoped that his ministry could improve the image of the agriculture industry in Sarawak so that the younger generations could venture into food production as well as earning a decent income from it.

“The future of the world depends on food and that’s why food security is very important now. There is a need for a complete food supply chain, such as development of plant seeds and animal feed,” he said.

Under the Post Covid-19 Development Strategy (PCDS) 2030 plan, Dr Rundi said his ministry is aiming for each farming family to be able to achieve about RM6,000 monthly income by the year 2030.

Highlighting an example of food security, he said the existing geopolitical crisis between Russia and Ukraine has caused a significant impact on the sourcing of raw materials for local farmers, with the price of fertilisers increasing by three folds.

He said this when visiting the Toclan Agrotech Company’s smart farm at the Sarawak Skills Development Centre at Jalan Canna here this morning.

Toclan Agrotech Company had received a RM500,000 grant under the Sarawak Agro Fund’s facilities to finance the setting up of a hydroponic farm to produce varieties of premium salad vegetables such as green and red coral lettuce, and butterhead lettuce.

Dr Rundi said the younger generations occupied an important role in the future security of the state’s food supply chain, as they were more tech-savvy and could utilise the latest technologies to leverage on smart farming.

“Therefore, I encourage that we must be able to have the concept of self-sufficiency and self-reliance. If we want to go into commercial farming, you must be able to scale up by making use of the right technologies.”

He also hoped to establish an organisation as a platform for local farmers to discuss and exchange farming techniques to maximise production and support the government’s policy to strengthen the food supply chain.

As of now, Dr Rundi said, Sarawak has yet to meet its local food consumption demand, with paddy’s self-sufficiency level at only 38 per cent, compared to over 75 per cent in some states in the peninsular.

“So, we are now targeting to achieve a self-sufficiency level of 60 per cent by 2030 for our paddy production. This is very important because we need a big land size to grow a variety of paddy,” he said, adding that the state government had already identified a few thousands hectares of land for paddy plantation.

Dr Rundi also hoped that the development of the state’s agriculture industry to be predominantly led by the private sector and foreign expertise, which would be able to transform subsistence farmers into agro-entrepreneurs and lift farming families out of poverty.

Sharing his experience during a working visit to Holland recently, he said he was impressed with the farming practices in that country, whereby the agriculture industry was very mature and the government would only step in to support the farmers when requested.

Dr Rundi pointed out that Holland was already supplying agricultural products to the whole of Europe with an end-to-end supply chain put in place to deliver the products directly to the targeted markets after being harvested.

“As for the Sarawak government, what we should do is to facilitate the setting up of infrastructure, land availability and organise training programmes to entice the younger generations to venture into smart farming,” he said.

Dr Rundi said his ministry will also encourage the plantation of other valued crops aside from oil palm.