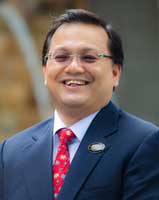 KUCHING: With growing global concern and calls for action for responsible, economically-friendly and sustainable practices in the plantation sector, one coalition has come to the forefront in addressing these issues with a holistic approach.

The Roundtable on Sustainable Palm Oil (RSPO) was formed in 2004 with the objective of promoting the growth and use of sustainable oil palm products through credible global standards and the engagement of stakeholders.

RSPO secretary general Darrel Webber on a recent visit to a local oil palm plantation company here emphasised, “We commend the effort and achievements made by Malaysian companies under the RSPO’s international certification standard. Continuous determination and perseverance has brought the nation to such noteworthy achievements.

“Sarawak, a diversified economy, in possession of many natural resources, has enormous potential to further catapult Malaysia’s commitment and contribution in the production of Certified Sustainable Palm Oil (CSPO).”

According to RSPO figures released in December 2011, there were 29 certified grower companies out of a total of 756 members on a worldwide scale. Malaysia and Indonesia contributed 17 per cent and 15.5 per cent of total membership respectively.

The two countries made up the bulk of global CSPO production with shares of 48 per cent and 40 per cent respectively. Thus far, the total production area of CSPO was 1.12 million hectares and the total volume of CSPO stood at 5.6 million metric tonnes.

The rate of uptake of CSPO had been greatly encouraging with figures steadily climbing from 2.7 per cent (when the certification began) to 51.2 per cent last year. To date, CSPO made up 11 per cent of the global output of crude palm oil (CPO).