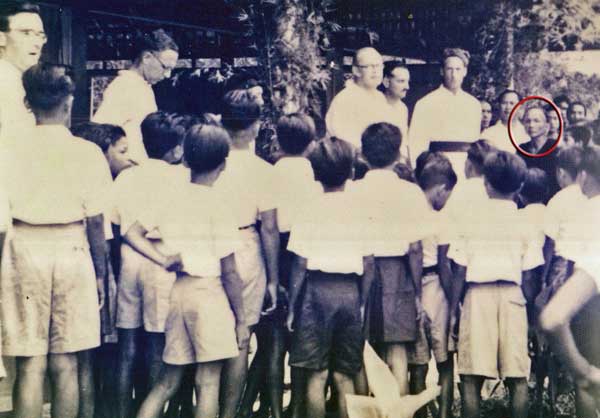 SIBU: The late Penghulu Imban Medan’s grandchild, Angkin Bedindang, has a story to tell on the night of terror when communists took the life of the hero of Ulu Oya.

The communist threat was felt by rural folks in the 1970s. In Ulu Oya and Pakoh, the communists called themselves the OMT (Oya Mukah Tatau) soldiers.

Their hideout was in Ulu Pakoh where they evaded soldiers after a battle in Kanowit.

Imban, 78, reported the communists to police in Sibu. 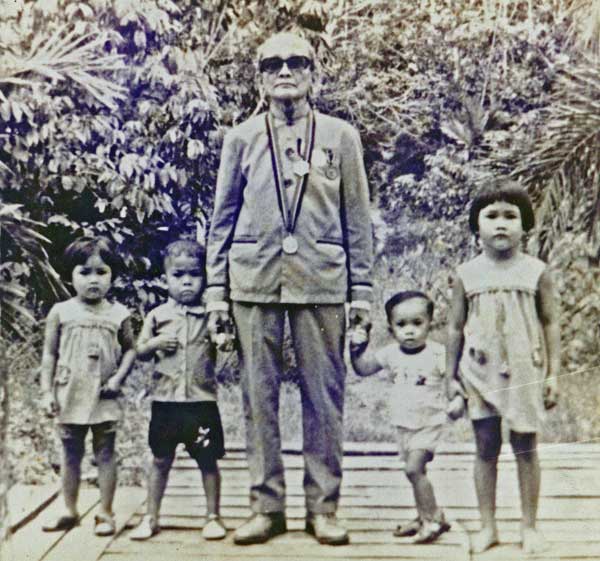 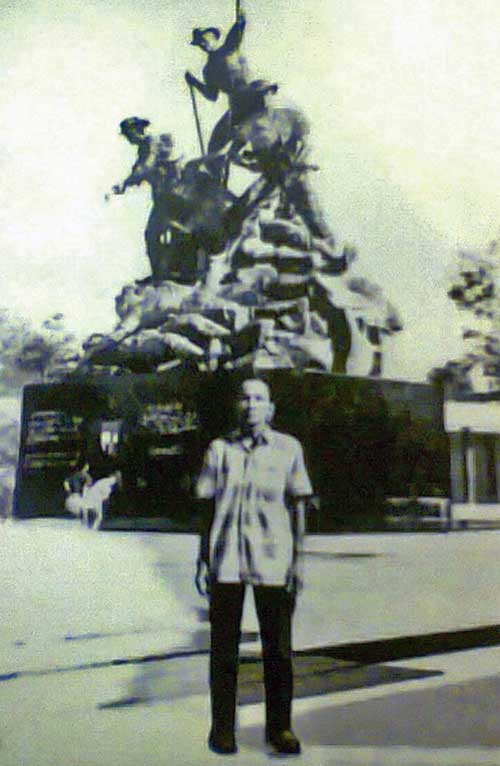 FLASHBACK: Penghulu Imban in front of the National Monument during his visit to Kuala Lumpur. 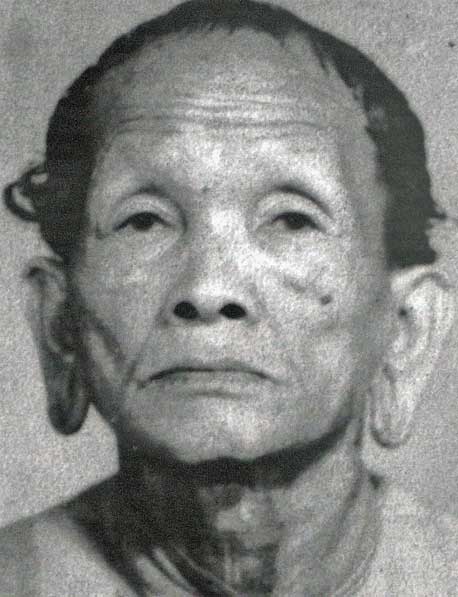 “The longhouse dwellers first thought that they were soldiers. There were about 46 of them. Two by two, they entered every room of 23-door Rumah Balang. They gathered us at three ruai of Imban and two others,” Angkin recalled.

One communist was ordered to find guns in every room while several lit five kerosene lamps at the ruai (verandah).

When the communists came, some of the residents had just had dinner, some preparing to have dinner, while some returned from bathing in the river.

Angkin remembered a woman communist in her 30s, who had no front teeth, lecturing the longhouse residents.

“At first the communists mistook my grandfather for his in-law, Empungan Janang so he introduced himself to them,” he said.

The woman scolded Imban: “Look here, Penghulu. You better be dead. We have been trying to shoot you but you made yourself invulnerable to weapons. Our guns did not explode.”

The woman then showed three carbine bullets in her hands. The bullets had marks on them.

“You are a leader but you did not think at all for your people. You are the government dog.

“You have committed a big offence and therefore you must meet our leader. If he refuses to forgive you, then you must die,” she said.

At about 11pm that night, two communists pulled Imban by his arms to a ‘ruai’ located six rooms from the place where they were gathered.

They heard the sound of the trigger being pulled and the communists talking in Chinese.

They saw two communists try to shoot Imban but the gun did not fire.

They lost their temper and hit Imban’s head repeatedly with the butt of the gun.

Imban was unconscious, and his ‘pengaruh’ (amulet or charm in Iban) was removed from his waist by one of the communists.

Another communist then shot Imban.

Residents gathered at the ‘ruai’ were shocked to hear the gunshot.

The two communists returned to the ‘ruai’ and they cheered loudly.

At that time, the people knew they had lost their leader.

A longhouse resident, Clement Labang, asked for permission to take Imban’s body and the communists allowed him.

He was joined by Patrick Nyanggau, Henry Empong and Mat Ijan as well as another longhouse resident.

They found Imban with a gunshot wound on his armpit, and his head bludgeoned.

The next morning, on Feb 26, 1972, the communists ordered Imban’s body to be thrown into the river.

A longhouse resident, known only as Ubung, opposed. He told them it was ‘mali’ (‘taboo’ in Iban) to dispose of a human body improperly.

So they took the wood from the ‘sadau’ (‘loft’ of a longhouse) to make a coffin.

The communist monitored them closely during the burial.

Before the communists left, they ordered the dwellers to undergo a three-day curfew. The longhouse dwellers ran off to other places after the curfew ended.

Teams of Border Scout, Field Force and army were deployed to the longhouse after they received a report on the matter.

After the communists attacked Rumah Balang, longhouse dwellers in Ulu Oya were regrouped and resettled at Nanga Sekuau by Rajang Area Security Command (Rascom) in August 1972.

It was followed by the setting up of other Rascom resettlement schemes, namely Nanga Tada, Nanga Jagau and Nanga Ngungun.

The remains of Penghulu Imban will be exhumed at noon on Feb 26 for relocation to his monument in Nanga Sekuau to commemorate his sacrifice for his people during the communist insurgency.