Monday, August 2
You are at:Home»News»Sarawak»‘Not true that Sarawak neglected by federal govt’ 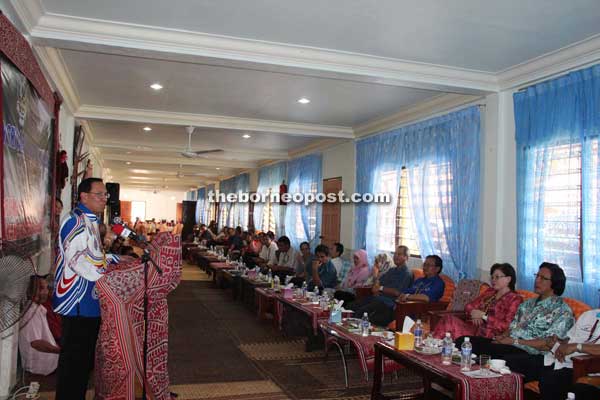 ADDRESSING THE PEOPLE: Zahar gives a speech at the event.

SRI AMAN: Dewan Negara president Tan Sri Abu Zahar Ujang refuted claims that Sarawak is not a priority of the federal Barisan Nasional (BN) government in as far as development initiatives were concerned.

According to him, the state had enjoyed huge financial allocation from the BN government for the implementation of projects in both rural and urban areas.

He also said Prime Minister Datuk Seri Najib Tun Razak is a man of his words who would fulfil all his promises to the people, including those in Sarawak. 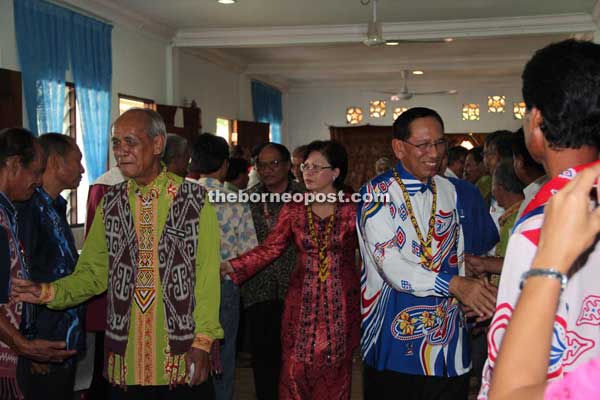 WELCOME: Zahar (right), Doris (centre) and Nyalau (on Doris’ right) greeting the people at the event.

“The claim that Sarawak is neglected by the BN government is not true as we have seen a lot of money being channelled into the state,” said Abu Zahar during an official visit to Rumah Michael John yesterday.

He also said Najib’s leadership had inspired parliament and state assembly members to reach out to the people.

“I urge all Sarawakians to realise the Gagasan 1Malaysia and support the government,” he added.

Abu Zahar also said the appointment of Senator Doris Sophia Brodie as the Senate deputy president reflected the ability of women in the country to hold high positions in the government.

He announced the allocation of RM50,000 to the village security and development committee (JKKK) of Rumah Michael John.