Monday, August 3
You are at:Home»News»Sarawak»Kuching Wetland National Park to be important tourist draw 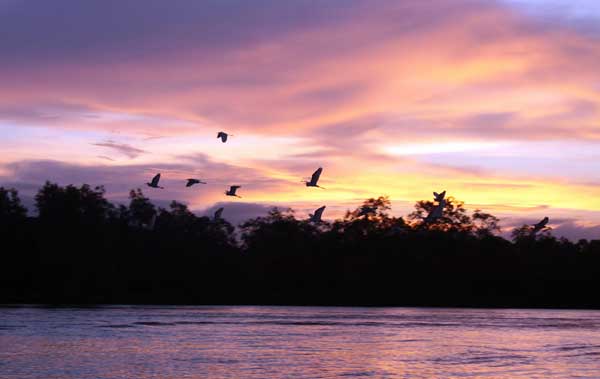 SERENE HABITAT: Suliman says a total of 104 species of birds from 41 families had been recorded at KWNP from both observations and mist-netting method. — Photo by Jeffery Mostapa

KUCHING: In its effort to promote eco-tourism, the state government through the Ministry of Tourism is intensifying efforts to promote Kuching Wetland National Park (KWNP) as an important destination for local and international tourists.

The 6,610-hectare KWNP is located about 15 kilometres from the city in an area formerly known as Sarawak Mangrove Forest Reserve (SMFR). In 2002, the area was gazetted as a totally protected area and was recognised as a Ramsar wetland end of last year.

The state government in 2008 commissioned Universiti Malaysia Sarawak to conduct a multidisciplinary assessment of KWNP aimed at establishing a comprehensive description of the physical, biological and human environment of the area.

The exercise also included the assessment of threats and opportunities and developing a management plan for the park in accordance with the requirement of a totally protected area and as a Ramsar site. 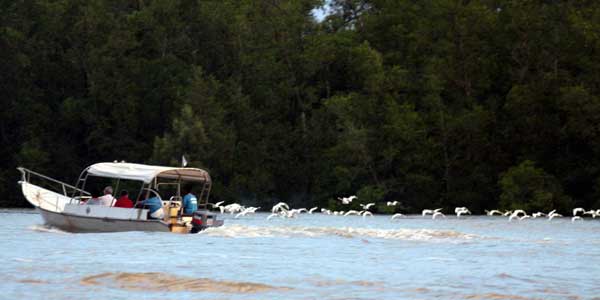 CAPTIVATING: A group of foreign tourists touring the KWNP are greeted by a flock of birds flying back to their habitat. 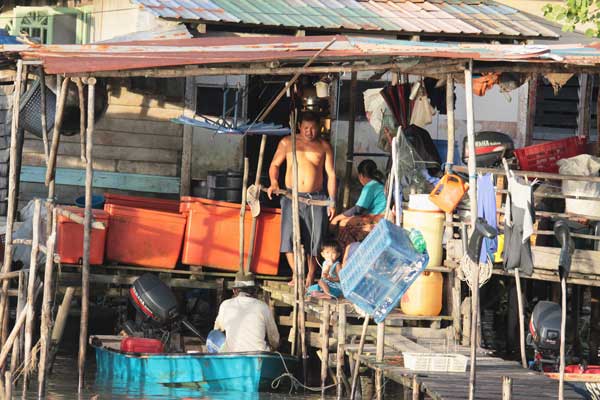 DEPENDING ON NATURE FOR DAILY NEEDS: KWNP is home to about 8,000 residents of seven villages who depend on KWNP for their daily needs. 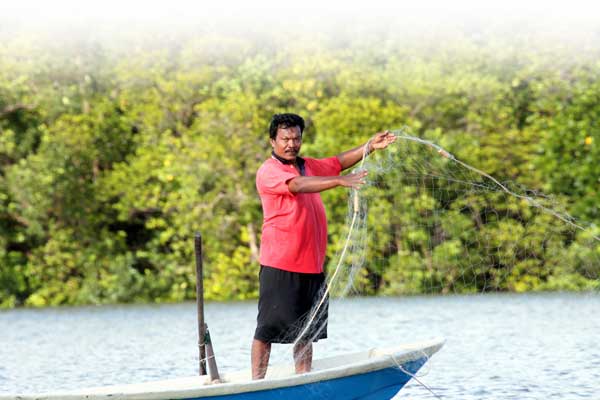 DAILY ACTIVITY: A villager casting the net to catch fish at KWNP. 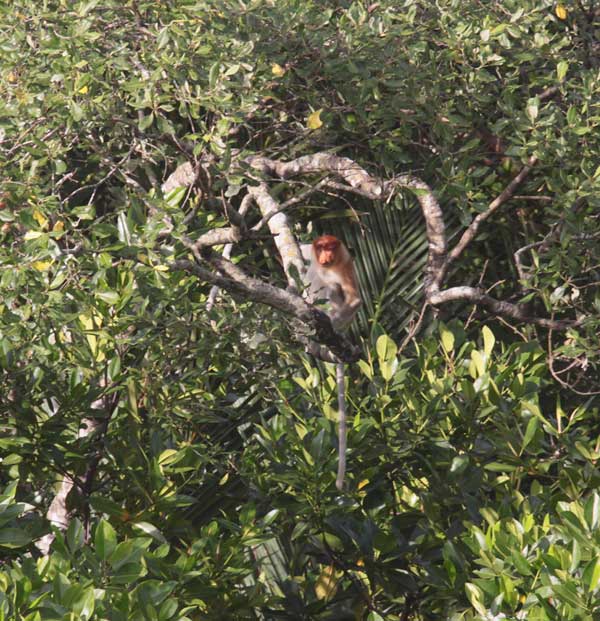 RARE SPECIES: A proboscis monkey is sighted during the media tour. — Photo by Jeffery Mostapa

Suliman said KWNP fulfilled four out of the nine criteria required before it could be listed as Ramsar Wetland, namely the beauty and maintenance of the mangrove system and that it supports the lifestyle and breeding of animals that are becoming extinct.

“The third criteria that KWNP fulfilled is that it is a breeding sanctuary for crocodiles as according to a survey, this (KWNP) area has the most population of crocodiles — estimated to be about 317,” he stated during a special media tour to KWNP in conjunction with World Wetland Day which was themed ‘Wetland Tourism, A Great Experience’.

Suliman highlighted that the highest concentration of crocodiles were found in and near the confluence of upper Sungai Sibu and Lobak Matang at
Sungai Lemidin, Sungai Semariang, Lobak Kilong and Sungai Gelugor-Enggang, which suggested that estuarine crocodiles use these areas as breeding ground.

“Besides being a sanctuary for crocodiles, the fourth criteria that KWNP fulfilled is that it is also the breeding ground for fish,” he said.

Suliman said from observation and by mist-netting method 104 species of birds from 41 families had been recorded at KWNP.

“The lesser adjutant stork is listed as vulnerable by International Union for Conservation of Nature (IUCN) while five other species are listed as near-threatened. Seven species of birds are totally protected and 38 species are protected by Wildlife Protection Ordinance,” he added.

Suliman also said three species of primates such as proboscis monkey, silvered langur and long-tailed macaque were recorded in KWNP.

“Proboscis monkey is endemic in Borneo, listed as endangered by IUCN, listed under Appendix 1 and CITES and totally protected by Wildlife Protection Ordinance 1998,” he added.

“The mangrove forest plays a major role in protecting the river banks against wave action, provides breeding grounds for fish and serves as their food source as well as a source of food and refuge for wildlife. The endangered proboscis monkeys in
KWNP consume almost exclusively ‘perepat’,” he further explained.

“Most of the villagers in these seven villages depend on KWNP for their daily needs,” he added.

The launching of the state-level World Wetland Day will be held this Saturday at Sungai Lemidin.

Previous ArticleDaud: We have ways to check authenticity of halal certs
Next Article Buyers in the lurch over abandoned apartment project