SOUTH KOREA: Feast your ears on Big Bang’s 5th mini, ‘Alive’. A buffet sprawling with dishes that genre-hop from R&B to rock to synthpop to house to eurodance, ‘Alive’ is what anyone would ever want out of a three-course Big Bang meal. It’s their greatest hits record, packed into an EP takeout box. 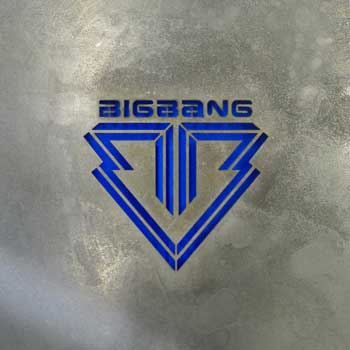 ‘Bad Boy’ and more
Awoken from their cryogenic stupor, Big Bang shook off their bad vibes in the therapeutic confession, ‘Blue’. And it’s just what the doctor ordered. Resting on melodic cloud nine, ‘Bad Boy’ shows the group has already moved on to bigger and brighter days. The velvety ‘Bad Boy’ is a retro-ode to timeless R&B (group) greats such as New Edition and Boyz II Men. And while they’re at it, Big Bang also echoes their early urban attitude from A Fool’s Love. With ‘Bad Boy’, the group announces their recovery in old-fashioned elegance with 21st century swagger.

Most tracks, like ‘Bad Boy’ and ‘Blue’, are throwback recipes with hints of modernism. But Big Bang has also added some fresh ingredients into their fare. Teddy charges up the voltage in Fantastic Baby and sneaks in some Black Eyed Peas’ robo “whoos” of ‘I Gotta Feeling’ in ‘Love Dust’.

This uplifting rock ballad coasts on electric guitar riffs, epic strings and pop-metal melodies. But it’s pop-pier than pop metal. Disco drums oust raw percussion, and this fusion rock-synth makes it the stand-out song on the album. Nonetheless, Daesung channels his inner rock-star (in the mold of Def Leppard and Europe) that still gives it a rockier feel. Howling with the same gruff intensities of ‘Café’, ‘Stupid Liar’, and the most recent ‘Lunatic’, Daesung gives the album the sunny verve that makes it worthy of the title “Alive”.

‘Alive’ is a humble manifesto that declares Big Bang’s efforts to grow into Kpop legends who live in the now. They’ve certainly proven before that they’re a cut above the usual. But when artistes (as big as Big Bang) try to outdo and outdo again their own greatness, they may be in danger of losing themselves in all the perceived grandeur. Occasional rollbacks to old-school charm is one way to avoid that pitfall. Adhering to the maxims, “keep it simple” and “less is more”, Alive is German-minimal on the production, but Italian-maximal on the variety.

While ‘Alive’ hardly bends the rules, there never has been a Big Bang effort as eclectic as this one. Whether you’re daytime cruising with the windows down, burning calories in your wing-tips, or partying it up on the dance floor, this album is everywhere, and everyone-friendly. Well, everyone who loves Kpop, that is. Bon appétit.