Wednesday, August 5
You are at:Home»News»Sarawak»WCT Group intends to secure more contracts in 2012 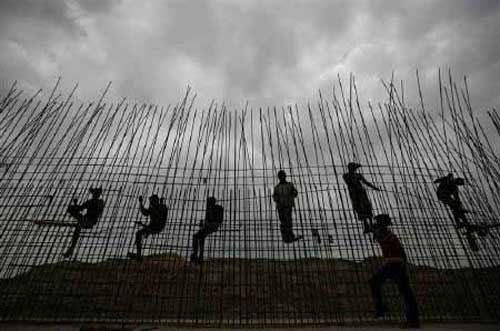 MORE PROJECTS: For the financial year 2012, the group is targetting to launch a few new projects worth a total of RM1 billion in gross development value.

KUCHING: Along with its fourth quarter of the financial year 2011 result release, WCT Bhd (WCT) has indicated its intention to secure a number of contracts on the back of its RM2.7 billion order book.

“We believe that these targets are achievable since management is aggressively converting it’s existing letter of intents relating to construction of a RM2.8 billion dam in Kota Kinabalu and a RM200 million hospital in Sabah,” stated OSK Research.

As of December 2011, WCT was sitting on unbilled sales of RM357 million. For the financial year 2012, the group was targetting to launch a few new projects worth a total of RM1 billion in gross development value.

The projects comprise luxury homes near its existing Bandar Parkland development, serviced apartments in Kelana Jaya and phase 2 of its 1Medina project in the Iskandar region.

With the successful concessionaires for the 225 retail outlets in the much anticipated Kuala Lumpur International Airport 2 (KLIA2) Integrated Complex, the management has confirmed that construction works were on track for completion by the end of the 2012 financial year with operations to start as soon as April next year.

Apart from the mentioned project, WCT might potentially be bagging two government buildings in Putrajaya amounting to RM1 billion, as well as a private hospital in the Iskandar region.

Considering these in hand, OSK Research was now modeling for a relatively more modest property sales of RM400 million per annum for the group for both financial year 2012 and 2013, an increase from its earlier estimates of RM350 million per annum.

“Overall, we came away feeling largely positive on WCT. We continue to like the company’s three-pronged approach to expand its property development, investment and management activities by leveraging on its engineering and construction expertise,” mentioned the research firm.

As such, OSK Research pegged a fair value of RM3.17 per share based on a higher 14 times  financial year 2012 in view of improving sentiment on the construction sector as a whole.