Sunday, August 1
You are at:Home»News»Sarawak»Kolej Yayasan UEM to hold Open Day in April 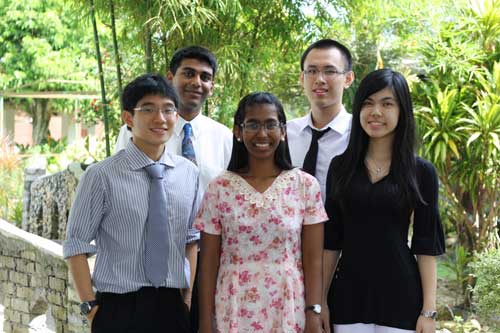 KUCHING: Kolej Yayasan UEM will hold its next Open Day on April 14 from 10.15am to 2pm at its Lembah Beringin campus.

Talented students, including international students, with excellent academic records and outstanding co-curricular backgrounds can apply for the July 2012 intake. KYUEM is known throughout the region for its all-round excellence.

For the 2011 Cambridge International A-Level examination, just under 81 per cent of all grades awarded at the college were at A*, A and B.

At AS level, the first half of the A-Level qualification, KYUEM’s results were even better with 83.8 per cent of all grades gained at A or B level. (There is no A* grade at AS level.)

On top of that, five current senior students received conditional offers last month to study at Cambridge University, which was rated the world’s top university in the 2011 QS rankings.

They are going to read, respectively, Medicine at Queens’ College, Economics at Trinity Hall, Law at Selwyn College and Newnham College, and Engineering at Churchill College.

Its alumni have excelled at leading universities across the world.

The success of the college is partly due to its focus on offering the Cambridge International A-Level programme, which can be undertaken over 18 months in three semesters or over 24 months in four semesters.

KYUEM students are specifically encouraged to develop analytical and critical thinking skills for swift and precise decision-making – characteristics much sought after by top ranking universities and employers. For more information, contact 03-64601234 or visit www.kyuem.edu.my.