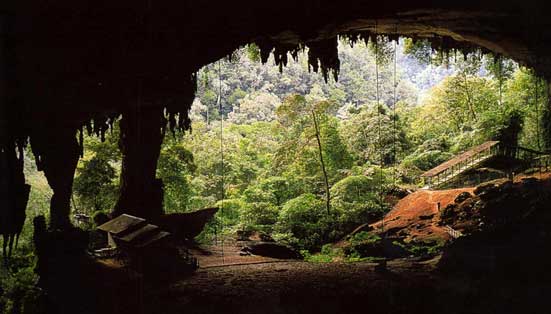 COLOSSAL ENTRANCE: The Great Cave of Niah is where the swiftlets’ nests are harvested. INSET: A black-nest swiftlet perched by the wall of the cave. 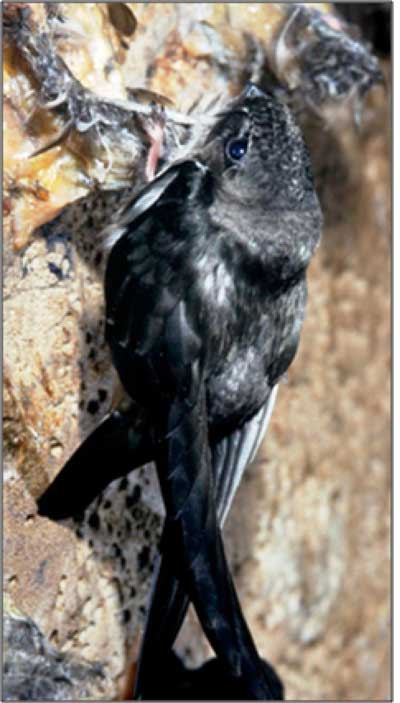 MIRI: Only around 100,000 black-nest swiftlets (Aerodramus maximus) remain in the limestone caves of the Niah National Park.

This is a drastic drop compared to the around 1.7 million found in the 1930s.

According to the Sarawak Forestry Corporation (SFC), the decrease is mainly due to the harvesting of the edible nests, which are considered a delicacy and even aphrodisiac in Asia.

Niah park warden Haidar Ali told The Borneo Post Adventure Team (BAT) on Thursday that SFC’s main focus is increasing the number of black-nest swiftlets to ensure the species thrives in the future.

SFC sets temporary bans every year on the local community, who have licenses, from harvesting the nests.

“During these periods, we allow the swiftlets to nest their eggs and help to increase its population,” Haidar explained.

He stressed that the licensed harvesters also do not harvest every day when the ban is lifted, working only when the nests are plentiful.

A master plan on managing national parks and totally protected areas (TPA) nationwide, he said, was formulated by the Malaysian and Danish governments through a project between 2001 and 2003.

“Since then we have had proper management of the bird population and controlled the harvesting activities. This is also to ensure the ecosystem for the birds is also maintained.”

He added that the government has given 86 licenses to the people of Sepupok and Tanjong Belipat to harvest bird’s nests in the caves of Niah National Park.

As much as 95 per cent of the harvesting is conducted in the Great Cave of Niah.

Raw black-nest swiftlet nests can be sold to traders for around RM100 per kg, depending on the quality.