Tuesday, June 15
You are at:Home»News»Sarawak»Talang Satang National Park a sanctuary for endangered turtles 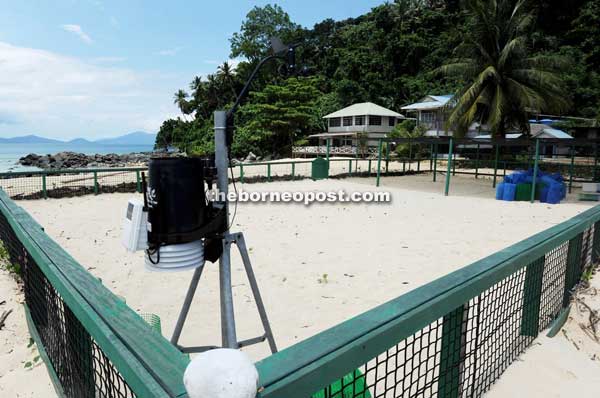 save the turtles: The turtles adoption programme initiated by Sarawak Forestry Corporation (SFC) on the three islands are the best ways to ensure the Green Turtles species (Chelonia mydas) from extinction. — Bernama photo

SEMATAN: The turtle adoption and conservation programme carried out by the Sarawak Forestry Corporation (SFC) at the Talang Satang National Park was to conserve the population of the Green Turtle species (Chelonia mydas).

“The Green Turtles are fast becoming an endangered species due to predators in the sea and sea gulls as well as the danger posed by human, like fishing and beach activities,” he said after a briefing on turtle conservation and research in Pulau Talang Besar here.

He said last year about 3,000 turtles had landed on the shores of the three islands to lay about 200,000 eggs, between the months of March to September.

A major reason why marine turtles throughout the world are in danger is the continuing loss of nesting habitat and it is believed that marine turtles have an extremely high
affinity for their nesting beaches, and therefore the loss or reduction of even a single nesting beach can have serious effects. 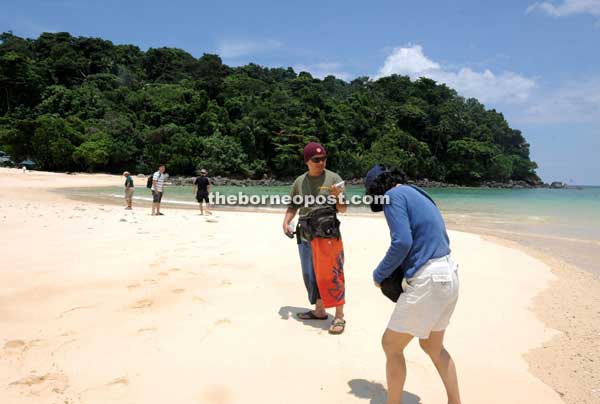 Tonny Ganyer said the SFC welcomed nature and environment lovers to participate in the conservation programme by spreading information on the importance of the eco-system and conservation of marine life, especially turtles.

“Anyone interested can apply to SFC which has its headquarters in Kuching and they can be with us for a few days to know the details,” he said.

He added that the survival rate of turtles was critically low since from 1,000 hatched turtles, only one can survive until the adult stage.

All types of turtles are listed as protected species, he said. — Bernama