Saturday, December 3
You are at:Home»News»Sarawak»‘Tell guests hotel not responsible for loss of their valuables’ 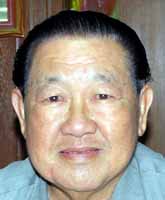 SIBU: Sarawak Central Region Hotel Association reminded members to display at their reception counters a signage indemnifying them from any loss of their guests’ money or valuables to prevent future disputes.

“They are advised to put up a signage at the receptionists’ counter, spelling out clearly upfront to their guests that they would not be liable for any loss of money or valuables.

“They should advise their guests not to keep their money or valuables in their rooms for security reasons,” association chairman Johnny Wong Sie Lee said following the case of two foreigners losing their valuables in a hotel room.

According to a media report, the two foreigners lost RM7,000 in cash, foreign currency and a laptop after their hotel room was broken into early Saturday morning.

The incident was believed to have occurred when the two occupants were sleeping.

One of the victims, a 23-year-old man said another two friends had gone out and they discovered the room ransacked when they returned at 1.30am.

Wong said guests could request hoteliers or managers to keep their valuables in a safe deposit box if they have one.

Wong lamented that budget hotel operators would be hard pressed if they were asked to purchase state-of-the-art safe deposit box.

“We cannot be held liable for such losses. As such, we remind guests not to keep their valuables in their room or inform the duty manager to work out precautionary measures,” he said.

Wong said this would be among the issues they would raise in their coming 36th annual general meeting.