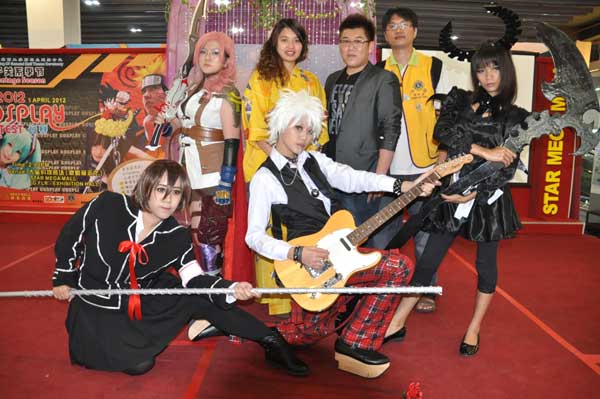 ONE FOR THE ALBUM : The top three winners with (standing from left) Abigail, Kimberly and Lau (second right).

SIBU: Unimas student Stephenie Lisa Ong won the judges’ heart with her fabulous presentation of the ‘Shinichi Okazaki (Nana)’ character at the Cosplay Competition organised by Star Mega Mall at its mall yesterday.

Lisa said she had never expected to win as her ‘Nana’ character costume was simple compared with costumes worn by other cosplay contestants.

“However, I am happy to be able to make it to the top as I simply love and enjoy my cosplay,” she said when met after the prize presentation ceremony. 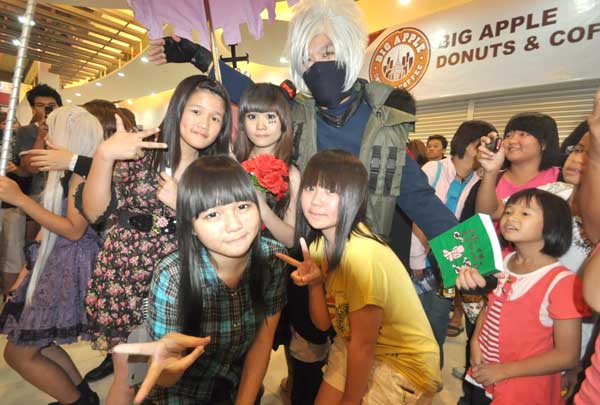 LADIES’ FAVOURITE : The ‘Naruto’ character poses with these lovely young ladies as it meets the audience.

On her participation, Lisa said she get to know about cosplay some six years ago when a friend introduced it to her.

“After my friend introduced it to me, I found out that cosplay is something which can really involve your mind and soul as it gives me the opportunity to act like my favourite cosplay characters.

“When I successfully act according to my favourite cosplay characters, it delivers some sort of personal satisfaction in me that no words can really describe. Cosplay is simply awesome,” she said in jest.

Coming in second was Mylen Musa with her ‘Death Master’ character while the third place was won by Natalie Sim with her ‘Yuki Cross of Vampire Knight’ character.

A total of 13 contestants took part in the competition that tickled the crowd which screamed as each of the cosplay characters performed on stage. 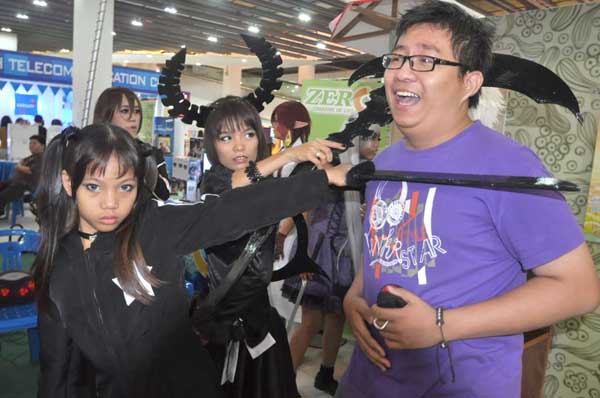 H MY GOD : A cosplay enthusiast has some fun back stage with Diana Musa ( Black Rock Shooter) character and her sister Mylen Musa (Death Master) during the break.

The event served as an opening ceremony for Star Mega Mall’s second Seasonal Theme Family Relationship Season which began yesterday and would run till June 30.

Meanwhile, Kimberly said the programme served as a platform for children to perform and improve their showmanship in playing their favourite cosplay characters apart from sending a positive message to parents that cosplay is actually not a play just for having fun but a culture that will enhance the imagination and creativity of their children.

She said it will also help to bring imaginary characters into real life which means turning dreams into reality — from Zero to Hero.

The event also sent across a positive message to residents of Sibu that cosplay does not bring a negative influence on the youngsters as it actually aids in their self-development, she said.