Thursday, August 6
You are at:Home»News»Sabah»Grandma, girl die in fire 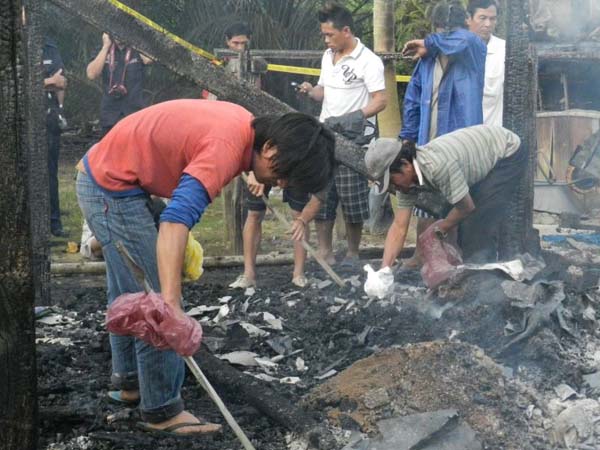 Family members try to collect the charred remains of the victims.

SANDAKAN: A 48-year-old woman and her granddaughter, aged 6, were burnt to death when fire razed a double-storey house at Kampung Minusu, Jalan Penangah, Kinabatangan about midnight yesterday.

Four other family members who were at home with the victims however escaped through the windows with minor injuries. 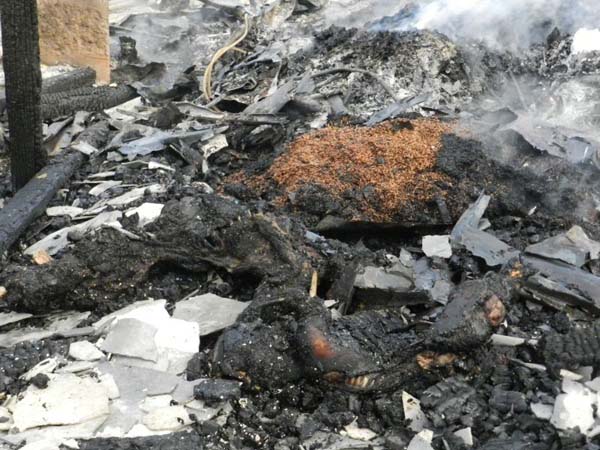 The victims’ remains found close to each other.

“The fire also destroyed a car that was parked near the house and the charred remains of the victims were found close to each other,” Jemishin said.

He said the department received a distress call at 12.24am and sent nine personnel in one fire engine and two cars to the scene.

As it is about 171 kilometers away, they only arrived around 5.15am, he said, adding that by then the house was completely burnt.

Jemishin said the fire spread swiftly as the house was built with wood and concrete.

Meanwhile, Kinabatangan police chief DSP Martin Lugu said post-mortems were done on the victims’ remains in Kinabatangan Hospital before they were claimed by family members for burial.

A neighbor of the victims, Timoti said the fire was believed to be caused by a candlelight, as the family only used a generator for power supply for half day.

However, the cause of the fire and the loss had not been determined.