Sunday, May 22
You are at:Home»News»Sabah»Call for animal welfare unit after dog saved from cooking pot 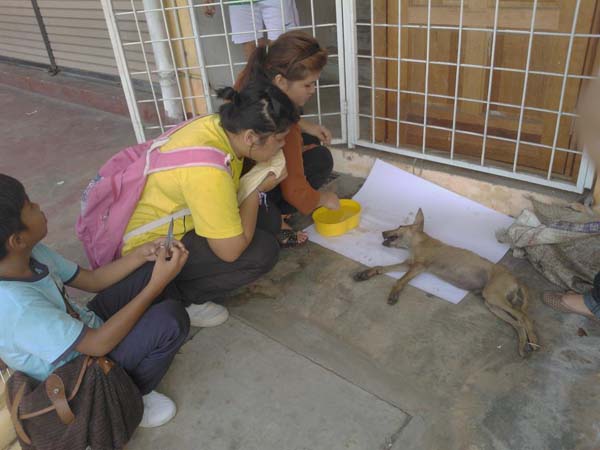 KOTA KINABALU: Animal activist Sam Lau is urging the state Department of Veterinary Service and Livestock to set up an animal welfare unit to look into cases of animal cruelty in Sabah.

The existence of such a unit would mean that there was a proper channel through which the public could report cases of animal cruelty, Lau said.

“This is because currently, those wishing to report cases of animal cruelty to the authorities are given the run around,” he lamented.

Lau said this following a report he received about a puppy which was found bound in a plastic sack in Donggongon town on Tuesday afternoon.

According to Lau, when he called up the police to seek assistance, he was told that animal cruelty cases were not under police jurisdiction and he should call the Penampang Municipal Council.

“I instead called the state Department of Veterinary Service and Livestock enforcement unit to seek assistance, only to be told that such case was not stated under the Cruelty to Animals (Prevention Ordinance). The person in charge also told me that I should lodge a police report,” he said.

“It is therefore my hope that the state Department of Veterinary Service and Livestock can set up an animal welfare unit so that the public would have easier access to the relevant authority when they want to lodge reports on animal cruelty cases,” he stressed.

On the incident in Donggongon, Lau said he received a phone call from an office worker who found the sack with the puppy inside.

“The woman said she saw the plastic sack at the back of a pick-up truck parked outside a shop in Donggongon and upon closer inspection, heard the sound of a puppy whimpering. I immediately went to the address she gave me and reached the location in 20 minutes.

“When I got there, the lady had already removed the sack from the pick-up and opened it. She found a puppy between five to six months old which had its hind legs tied with a cable tie. The puppy was in a very weak condition as it had been in the sack under the hot sun,” Lau said.

“At that juncture a man who is believed to be the truck owner came,” Lau said, prompting him to ask the man why he put the sack containing the puppy on the truck bed.

“The man replied that his friend put it there. After informing him that the police had been called and were coming, the man got into the pick-up truck, started the engine and drove off. We however got a video of the vehicle and a picture of the registration plate and have given the information to the police,” he said.

Lau said that he called Society for the Prevention of Cruelty to Animals (SPCA) Kota Kinabalu and its representative came to collect the puppy and assured him that they would refer the matter to the right department for further action.

Meanwhile, Animals Friends United (Sabah) group was shocked by another report that a young dog was caught and stuffed into a gunny sack with the intention to suffocate it so that it was easier to slaughter it later.

Angeline S Chin of Animals Friends United (Sabah) group said the young dog would have ended up in a cooking pot if no one came to save it and send to a local shelter.

“Is our country run out of food supplies that people must now turn to strays as food? We are of the opinion that these strays’ meat will either be sold off to exotic meat buyer or end up as the local food known as ‘Sam Luk’.

“Just how low and barbaric can a human be in this era? That life to him carries no value at all. Inhumane treatment to what he called ‘food’, by suffocating it alive and leaving it to die slowly in a gunny sack is truly uncivilized and downright cruel! Had the member did not notice nor alert for help, the poor young dog will never be able to make it,” said Angeline.

“Now imagine if we have a law that protects the animals in the State and is further enforced to deter cruelties of this kind. As you are reading this, it’s not surprising that the culprit, who is currently on the loose, is out there again preying on his next victim. He probably gives you a wide grin right now and mocks the lawmakers because no one is able to touch him. He is invisible! He is the king of the world!

“This effort for sure requires no rocket science formula to implement, does it? Until today, there is no news or update on what will the authority do about this. And we wonder why so?” she added.

Two weeks ago, The Borneo Post carried an article from Animals Friends United (Sabah) on animal cruelty receiving ‘silent treatment’ from the authorities.

To support Animals Friends United (Sabah)’s mission to urge the government to act on this, members of the public are urged to join them in an open petition http://www.thepetitionsite.com/34/save-animals-in-sabah/. It only takes three minutes to sign up to save animals.