Friday, August 12
You are at:Home»Business»Jusco to rebrand itself as AEON 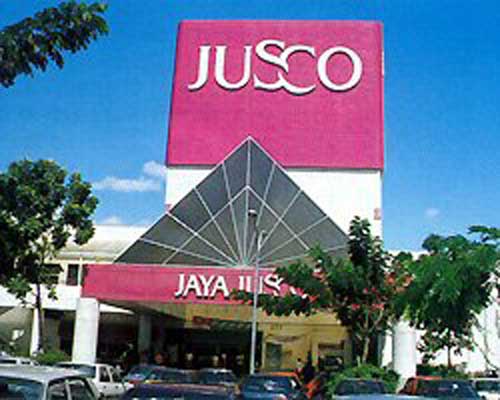 REBRANDING ITSELF: The rebranding exercise will take place over the next two years, with the ultimate aim of embracing one brand name for all its stores and shopping centres on a global scale.

According to a research report by OSK Research Sdn Bhd (OSK Research), AEON formerly known as Jaya Jusco Stores, was established since 1984 in response to the Malaysian government’s invitation to modernise the retailing industry in Malaysia.

The ‘Jusco’ brand name, which is entrenched in the hearts and minds of many Malaysians, will be rebranded as AEON – which means ‘eternity’ in Latin. All Jusco signs will be replaced gradually over the next two years.

The research firm noted that the rebranding exercise was part of the company’s strategy to standardise its corporate identity, which involves the introduction of a new brand name, AEON,  a new tagline ‘AEON Enriching Your Lifestyle’, and AEON membership cards.

The company’s current customer loyalty programme, the J Card would also be replaced by the AEON member card. Some one million J Card members would enjoy additional privileges such as instant member reward points, member get member special offers and three year memberships for the price of two year memberships when they replace their existing member cards (also applicable to new card member registrations).

Free card replacements were only offered for a limited time, after which a RM5 replacement fee would be charged, noted the research firm. The new card came in four new designs – Corporate, People, Peace and Community – which reflected the image and core values of AEON.

OSK Reseach added that the new AEON Ipoh Station 18 shopping centre, which was the largest mall in Ipoh, opened its doors to the public on March 29, 2012. With only two other major shopping malls (Jusco Kinta City and Ipoh Parade) in the city, the new addition would definitely broaden the variety of shops and merchandises for local shoppers.

The three storey new AEON mall consists of more than 160 shops with around 700,000 sq ft of lettable area. Located only 20 minutes’ drive from Ipoh town, the mall is strategically surrounded by residential areas and newly developed shop houses (opposite Tesco).

The research firm believed this would be Ipoh’s next hot spot. Another outlet in Manjung, Perak was currently under construction and slated to open by this year as well.

With AEON’s share price appreciating by some 31 per cent over the past three months OSK Research pegged a fair value of RM8.53 per share.