Tuesday, May 18
You are at:Home»News»Sarawak»Illegal logging near Bakun quite rampant 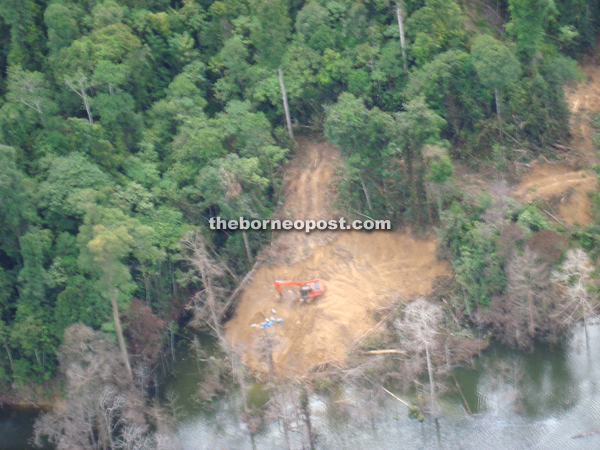 SPOTTED: The excavator spotted at the illegal logging site, about 26km from Bakun Dam, on April 12.

KUCHING: Illegal logging seems to be quite rampant near a forest concession area along Batang Balui, not far from Bakun Dam.

During an aerial survey conducted by a private company together with a police officer from the Belaga district police headquarters on April 12, an illegal logging operation was sighted about 26km from Bakun Dam.

Spotted at the site from the air were a few log piles, canvas camp, raft and an excavator.

Following this, an enforcement personnel from the private firm immediately lodged a police report at the Belaga district police station. 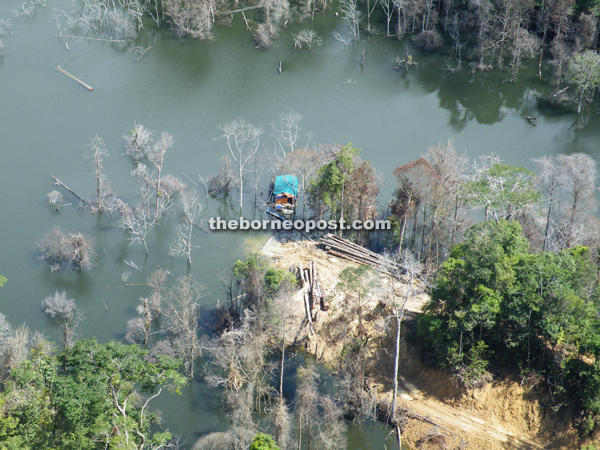 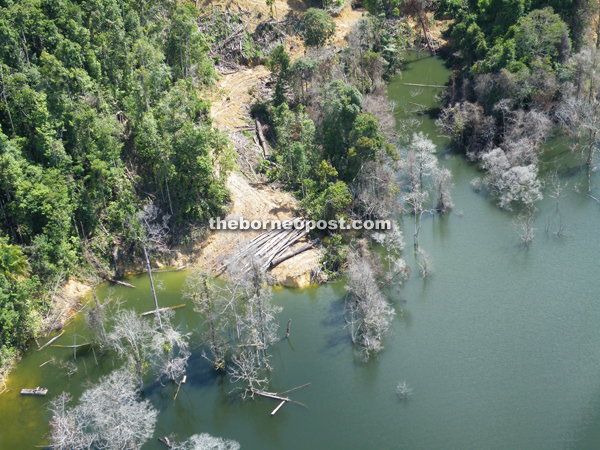 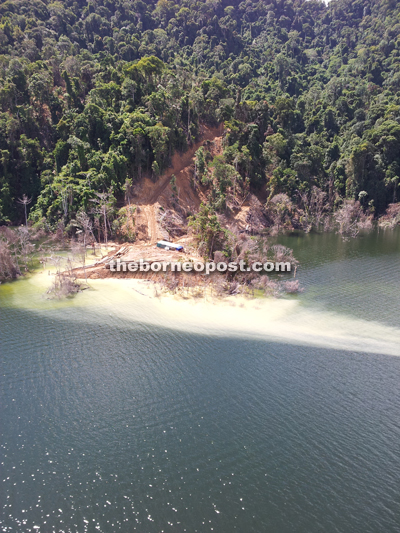 Determined to gather more evidence, a security team from the private company, enforcement officers from the Sarawak Forestry Corporation, and an Inspector from the Belaga district police headquarters took to the air again on April 18.

Their aerial surveillance this time spotted log piles, canvas camp and raft at the same area (as the one spotted on April 12), but the excavator was not in sight.

The survey team noted that water around one illegal logging area was polluted as the illegal operations had exceeded the buffer zone.

One thing which was not spotted in all these illegal logging areas is this – not a single soul could be seen from the air. In addition to lodging a police report, the private company had also written a letter to the Forest Department director to alert him of what was happening in Belaga district.

Following these intrusions, an enforcement team from the private company, with assistance from the Sarawak Forestry Corporation, had stepped up security in the areas concerned.