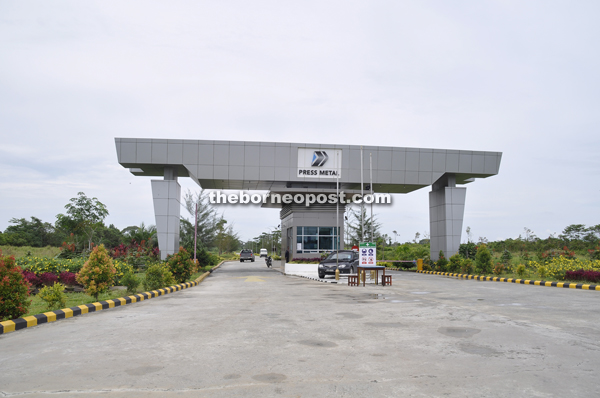 MAIN ENTRANCE: The entrance to the PMS smelting plant.

BALINGIAN: The first smelting plant in Malaysia, Press Metal Sarawak (PMS), operates in an eco-friendly manner and not as alleged by certain quarters.

Press Metal Berhad group human resources general manager Soh Siew Ong said the plant had not done any harm to the environment ever since its establishment in 2009.

“An allegation in 2009 said that our plant had caused the forest next to it (plant) to die. The allegation was wrong,” he said, adding that the unfortunate incident was actually caused by bush fires during the dry season.

Soh said there was also an allegation that water discharged from the plant had killed many aquatic species around the area.

Hundreds of fishes and prawns caught from a natural pond in the vicinity of the plant’s compound during a recent fishing tournament have proved the allegation as baseless, he argued.

Soh said the plant only released clean gas to the air, and no water was discharged from the plant.

The smelting plant, which produces aluminium ingots and billets, has an annual smelting capacity of 120,000 tonnes. It caters to both domestic and overseas markets.

Soh said the plant, which sits on a 300-acre piece of land, used up to 200MW of electricity per month.

“It has a huge electricity consumption as the whole of Mukah only uses two Megawatts per month.”

Currently, it is manned by 800 workers, out of which 63 per cent are locals working as management staff and executives, while the rest are foreigners, doing lower-level jobs.

On its corporate social responsibility (CSR), Soh said the PMS had contributed a lot to the community, especially to its neighbourhood.

“Recently, PMS gave financial aids to the families of the two reporters, Gaing Kunding and Patricia Yiu, who died in a road accident in Mukah.”

He said PMS had also sent drinking water to the nearby Rumah Bansan and Rumah Rawing. 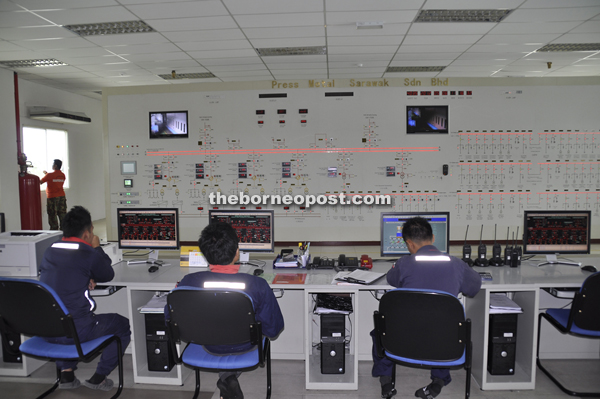 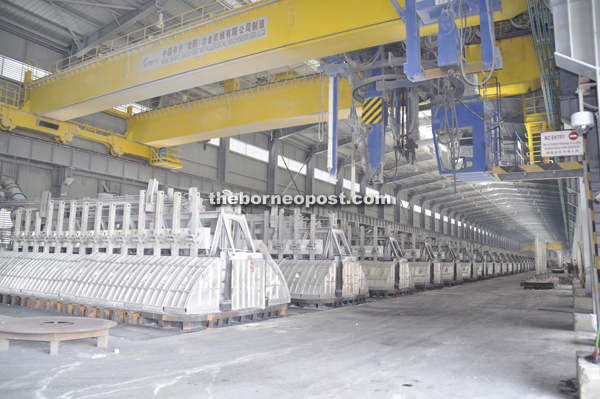 REDUCTION POTS: The pots where raw material and alumina are processed into aluminium. 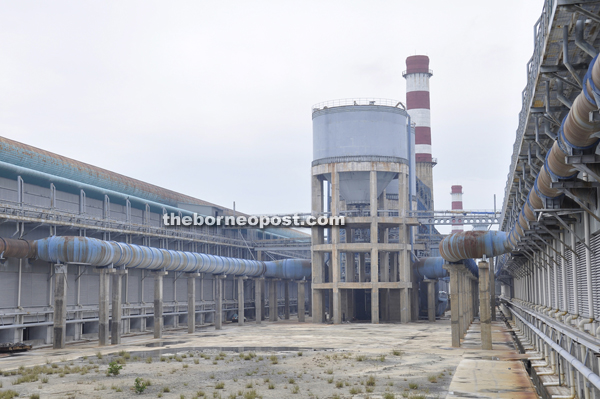 ADVANCED FUME TREATMENT SYSTEM: It cleans the gases from the aluminium reduction pots before they are released to the environment. 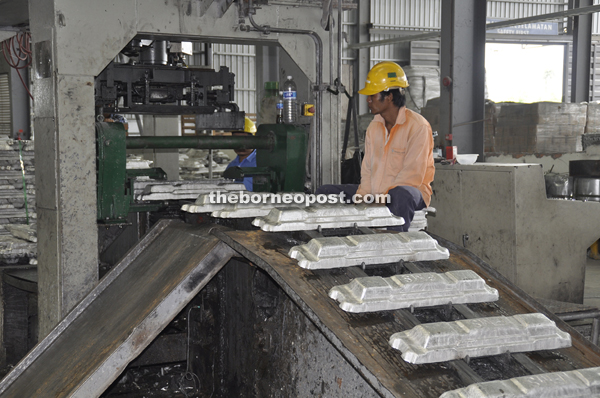 INGOTS: Pieces of ingots are produced. 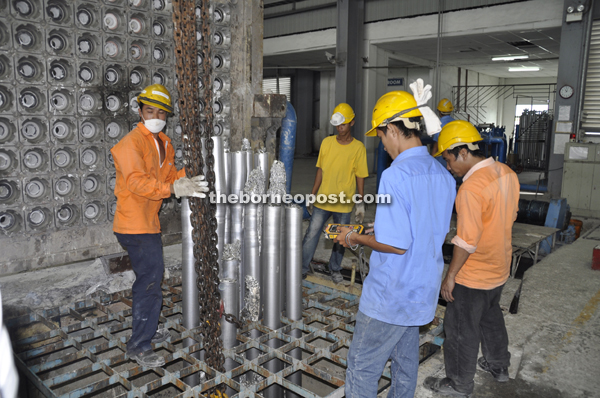 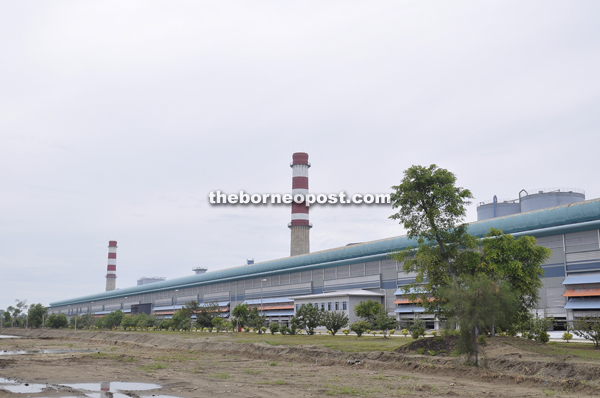 PMS’s smelting plant is equipped with an advanced gas treatment system that cleans the gas from the aluminium reduction pots before they are released to the environment.

Gases from the aluminium reduction pots are first directed to the fume treatment plant. Fluorides are removed from the gas stream using a carefully-engineered system which entails alumina dry scrubbing and bagfilters.

Alumina, being the gas stream, is filtered by the bagfilters, collected, and then sent to the reduction pots where the alumina is processed to become aluminium metal.

The final outcome is clean gas released from the gas treatment stacks.

Water Use and Recycling

PMS is committed in safeguarding and sustaining environmental qualities.

It carries out its environmental responsibilities in accordance to the Environmental Management Plan approved by the Department of Environment (DOE). The plant is also subjected to a third party audit at every three months.

Stack emissions are monitored using Continuous Emissions Monitoring System in which the system is linked online 24 hours continuously to the DOE. In addition, a third party sampling and testing on the emissions are performed at every quarter.

This method of extracting aluminium metal from alumina was invented in 1886 by Charles Martin Hall of America and Paul Heroult of France.

Named the ‘Hall-Herioult’ smelting process after the inventors, the same principle is still the same — the smelting technology has advanced considerably over the hundred over years, whereby the technology has become more efficient and environmental friendly.

From Canada, New Zealand, Australia, Germany, China, India, Middle East to Press Metal Sarawak in Malaysia, the same smelting is used to produce aluminium from alumina. Aluminium smelter is a
well-matured industry established in many countries around the world, including densely populated areas.

Aluminium has a unique combination of properties that makes it a highly versatile and useful material.

Aluminium is well known to be an environmentally-friendly metal as it can be totally recycled without any loss of its quality and properties.