Sunday, June 7
You are at:Home»News»Sarawak»Lawas Fest a cultural showcase 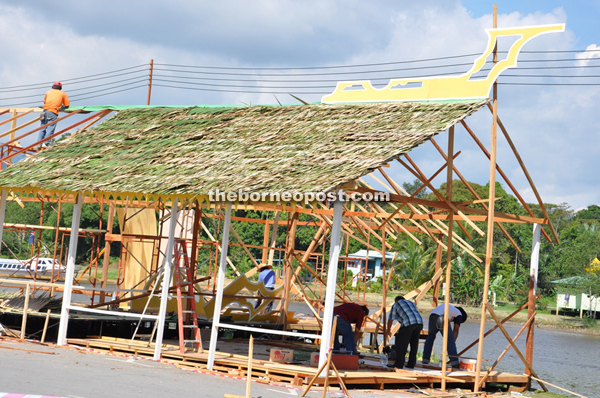 LAWAS: Lawas Fest 2012 from May 25-28 will showcase the cultural heritage attraction in the district with the main stage reflecting Brunei Malay architecture and Lawas history.

The carnival themed ‘Rumah Basar Masyarakat Melayu Brunei’ aims to share the heritage and history of Lawas and Brunei Bay.

A brainchild of Awang Damit Ali Hasan, it would incorporate elements of the traditional ‘bagong’, a boat used to transport people and trading goods in the old days.

Kerosene and pressure lamps would light the backdrop of the stage depicting a scene from the Brunei Malay Sultanate of old.

RTM Sarawak will join in the celebration with its Marketing Expo Roadshow and Gegar Olimpik programme at Lawas Public Town Square.

The main attraction will be Lawas Regatta, expected to be most exciting this time round as some competitors have many titles under their belts.

On the night of May 26, Lawas Town would be awash with people and colour from the floats of 21 contingents and lantern procession by another 25 contingents.

RTM would be broadcasting the ‘Selamat Pagi Malaysia’ programme live from Lawas apart from the regional news segment, while Astro would also be covering Pesta Lawas this time round.

The organiser expects over 130,000 at Pesta Lawas 2012, including media representatives from Sabah and Sarawak.

The Information Department appeals to media organisations to get in touch with them to facilitate the issuance of Pesta Lawas passes for coverage by their journalists and photographers. Unofficial media members without this pass would not be allowed to enter the main stage area.