Saturday, February 22
You are at:Home»News»Sarawak»Music lovers can visit RWMF for an enchanting experience 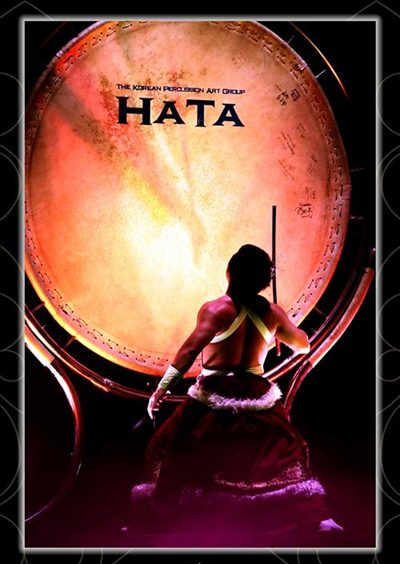 WHERE WORLD MUSIC HAPPENS: Besides music from Burkina Faso, Palestine and Sarawak’s very own Zee Avi, festivalgoers can look forward to watching the Korean percussion group Hata-The One at this year’s RWMF.

KUCHING: Thousands of music lovers travel across the globe to Sarawak every year in mid July to attend a unique world music festival.

It is like an annual pilgrimage for these music lovers who come to attend the Rainforest World Music Festival, which has been voted by Songlines, a renowned world music magazine for three consecutive years as the top 25 international festivals.

Under the imposing shadow of Mount Santubong, and in the midst of a virgin rainforest at the edge of the South China Sea, the Rainforest World Music Festival is a unique festival that brings together on the stage renowned world musicians from all continents and indigenous musicians from the interior of the mythical island of Borneo.

The kinship and spirit among music makers and music lovers alike as they celebrate one another in the cradle of Mother Nature is unique to the green haven where thousand-year-old trees reign.

The three-day event, beginning at 2pm everyday features workshops that allow festival-goers to interact with the musicians and experience the music and dance of the different cultures up close.

The nights consist of five-hour concerts that take place on a main stage and smaller ‘Tree Stage’ that carries on past midnight.

Night-time concerts are held on a stage built by the lake, under the open sky and in an informal ambiance, where visitors can sit on the grass lawns and dance to entrancing world beats.

The festival culminates in a huge finale on the final night, where all performers are invited to play onstage as one.

This year’s line-up has been confirmed.

They will also be joined by Malaysian musicians like Samuel Dass and Prakash, Diplomats of Drum as well as Sarawak’s very own Rhythm of Borneo and The Music of Sarawak who represent the diverse local music and instruments.

Apart from the music, there will also be a smorgasbord of delectable delights at the Food and Village Mart set against the talismanic Orang Ulu and Iban longhouses, which encircle the venue for the whole duration of the festival.

More updates on the Rainforest World Music Festival 2012 are available online at www.rainforestmusic-borneo.com.