Saturday, February 22
You are at:Home»News»Sarawak»‘Adventures of Keling and Kumang’ play this weekend 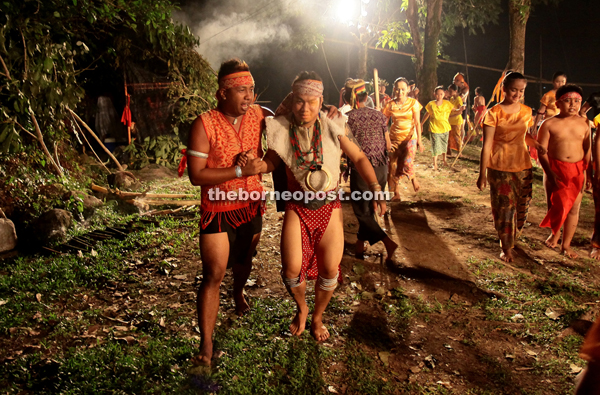 FULL-DRESS REHEARSAL: The rehearsal in progress at the Sarawak Cultural Village in Santubong. — Photo by Mohammad Rais Sanusi 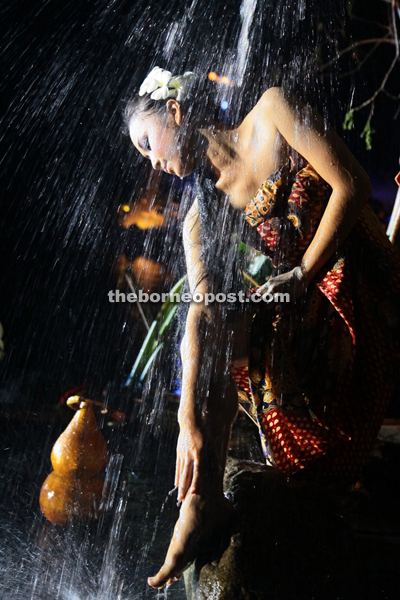 THE HEROINE: Kumang in one of the scenes during the rehearsal.

KUCHING: The adventures of Keling and Kumang will be the theme for the World Harvest Festival 2012 play this weekend (May 26 -27).

Festival organising chairperson Jane Lian Labang said that the theme was based on the Iban legendary couple of Keling and Kumang.

The play is about Keling, the Iban hero who found his true love, a beautiful lass, Kumang, after achieving and overcoming a series of feats and obstacles.

The scenes will be enlivened with theatrical effects in an outdoor natural setting which is fronting a lake near an Iban longhouse at Sarawak Cultural Village (SCV) in Santubong here.

“The play this time around is awesome as it brings greater public awareness to the ideal values of the Iban community as depicted in the legendary story of Keling and Kumang. At the same time, this will be a platform to highlight the Iban culture,” Jane said.

Jane encouraged members of the public to come and watch the play.

Show tickets can be obtained at the entrance of SCV on the actual day of the play and they are priced at RM60 per adult each while tickets for children will be at RM30 each. It will be free entrance for children under two. 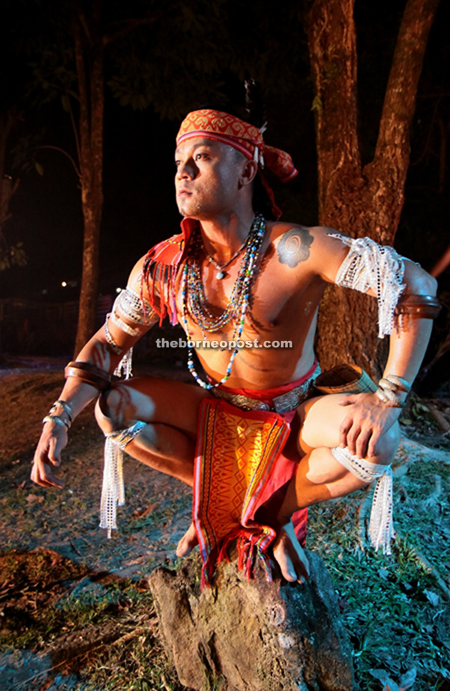 THE HERO: Keling in one of the scenes during the rehearsal.

The play will begin at 8.30pm but those who want to get a better view are encouraged to come as early as possible, Jane said.

As the setting is outdoors, the public are advised to wear outdoor attire, she said.

Meanwhile, the grand finals of the Miss World Harvest Festival 2012 beauty pageant will be held tomorrow (May 26).