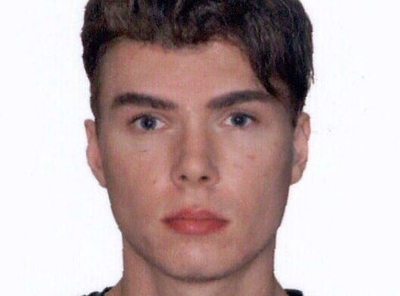 Lin Jun had been “in a relationship” with the suspect, Luka Rocco Magnotta, 29, according to Montreal police commander Ian Lafreniere. Police say Magnotta fled to Europe on May 26 after the murder

Lin, 32, was studying at Montreal’s Concordia University. He was last seen on May 24 and was reported missing five days later.

A global manhunt was launched for Magnotta after a human foot was sent to the headquarters of Canada’s ruling Conservative Party on Tuesday. A hand was later found in the mail at an Ottawa post office, and a torso was discovered in a suitcase in a pile of garbage in Montreal.

While Magnotta’s whereabouts were still unknown, he has left a long trail of biographical information online.

The suspect has been dubbed “Canadian Psycho” because a video circulating online and believed to be linked to him shows a man stabbing another man with an ice pick and dismembering him while a song from the film “American Psycho” plays in the background.

The US white supremacist website Stormfront, run by former Ku Klux Klan leader Don Black, hailed him for supporting a freeze on immigration to North America.

A reporter from The Sun newspaper of London described meeting with Magnotta six months ago when he was looking into a video posted online of a kitten being fed to a snake. Magnotta was accused of uploading the video.

“I looked into his eyes and did not like what I saw,” wrote reporter Alex West. “It wasn’t just his appearance that was weird, his behavior was very odd as well.”

The newspaper said it received an email two days later, believed to be from Magnotta, stating: “Next time you hear from me it will be in a movie I am producing that will have some humans in it, not just pussies… Once you kill and taste blood it’s impossible to stop.”

Online reports also said Magnotta once dated Karla Homolka, who was convicted in 1991 of manslaughter following a plea bargain in the rape and murder of two teenage girls and of her own sister.

But in a 2007 interview with a Toronto newspaper, Magnotta denied knowing Homolka, who was released from prison in 2005 and moved to Montreal.

Canadian police warned against the accuracy of the online postings about Magnotta, and some suggested the suspect himself was behind most of the postings.

In an interview with the Canadian Broadcasting Corporation, Nina Arsenault, a transsexual who claims she was once Magnotta’s lover, described her ex as being manipulative, a liar with a short fuse and often self-destructive.

Interpol on Thursday issued a Red Notice wanted persons alert for Magnotta, also known as Eric Clinton Newman and Vladimir Romanov, to its 190 member countries after a video of the grisly killing surfaced online.

Canadian newspaper The Globe and Mail has quoted unnamed sources as saying the suspected killer could be in France. But French police have no certainty that he is in France, a police source told AFP.

“Checks are underway on the lists” of passengers on flights between France and Canada but so far without result, an airport official added.

Lafreniere said “we believe he could be anywhere at this point.”

“We’re engaged in a worldwide search,” he added, noting that Magnotta may have returned to Canada under another identity. –AFP