Saturday, October 31
You are at:Home»News»Sabah»Late Mojuntin advised son to stand his ground 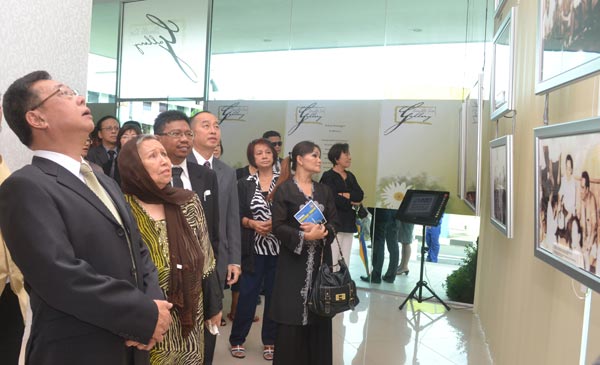 Khoo (left), Rahimah (second left) and others visit the gallery after the memorial service.

KOTA KINABALU: ‘Stand your ground’ was the principle that the late Datuk Peter Mojuntin gave to his eldest son, one that the latter has held onto whenever he faces challenges in life.

Datuk Donald Peter Mojuntin, now the Assistant Finance Minister, was only 11 years old when his father, who was the Minister of Local Government, along with the late Sabah Chief Minister Tun Haji Mohammad Fuad Stephens and other ministers, were killed in a plane crash that is known as the Double Six Tragedy.

“When I was in primary school, I was bullied and went home dirty.

“My mother was furious with me, and while my siblings were having lunch, my father looked at me and said ‘when people to that to you, stand your ground’,” Donald recited the story after the Double Six memorial service at the monument and a visit to the Double Six Gallery in Sembulan here yesterday. 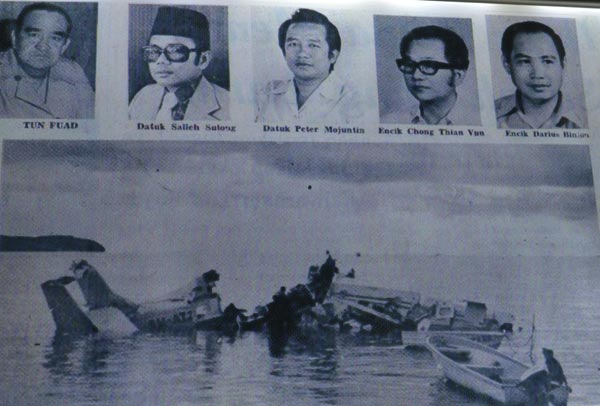 The Double Six Tragedy claimed 11 lives on the plane. 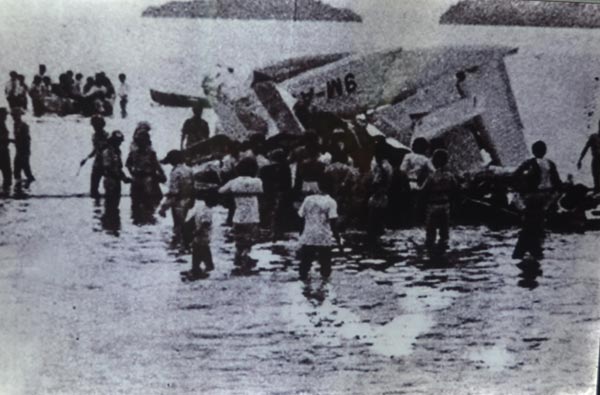 Pictures exhibited at the gallery shows the plane crash that took 11 lives.

As a young child, Donald remembers his late father as a busy man who was not at home most of the times.

“At that time, we missed our father.”

Now as an assistant minister himself, Donald understands that his father’s absence was due to his father’s travel all over the State and his dedication to the people.

Nonetheless, Donald’s fondest memory of his late father was when his father returned home.

“My fondest memory was when my father came home after a visit or campaign.

“For a child, it was something I reminisce,” Donald said.

On June 6, 1976, an Australian-made Nomad light aircraft crashed into the sea in Kampung Sembulan, killing all 11 passengers on board.

On another note, Donald hopes that family members of the deceased would contribute pictures to the Double Six Gallery.

“City Hall tries their best to get the photos, I hope families would also contribute pictures to be placed in the gallery to make it feel whole.”

Meanwhile, Toh Puan Rahimah Stephens, widow of the late Tun Haji Mohammad Fuad Stephens, was overwhelmed when she was interviewed by the media.

She thanked the government and friends who were present at the memorial service to pay respects to the deceased.