Wednesday, January 29
You are at:Home»World»NASA’s Mars rover zeroes in on August landing 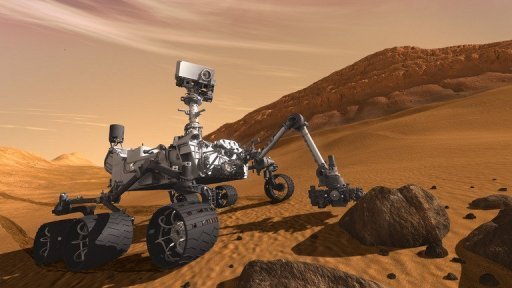 This artist concept shows NASA's Mars Science Laboratory Curiosity rover in 2011. NASA's Mars rover, nicknamed Curiosity, is zeroing in on its August landing on the Red Planet and aims to touch down closer than expected to its mountain target, the US space agency said Monday. (AFP Photo/)

NASA’s Mars rover, nicknamed Curiosity, is zeroing in on its August landing on the Red Planet and aims to touch down closer than expected to its mountain target, the US space agency said Monday.

With a mission to use its roving toolkit to drill for signs that microbial life may have once existed on Mars, the rover is now set to land about four miles (6.5 kilometers) closer to the mountain than initially planned.

The car-sized rover, which NASA scientists have described as a 2.5-billion-dollar dream machine, launched from Florida in November 2011, and aims to land in Mars’ Gale Crater at 0531 GMT on August 6.

However, the narrower landing ellipse — now four miles wide by 12 miles long instead of 12 miles wide and 16 miles long — also brings the vehicle closer to the potential danger of coming down on a slope of Mount Sharp instead of a flat surface in the Gale Crater.

The six-wheeled rover will be lowered onto Mars with the help of a rocket-powered sky crane, and is carrying a sophisticated toolkit for rock sample analysis to support its two-year (one Martian year) mission.

Lab analysis has shown that one of its drills may contaminate Mars rock samples with bits of Teflon, a problem that was discovered shortly before launch, NASA said.

“We are getting a greater understanding of that contamination issue. The testing so far continues to give us reasonable confidence that we will be able to meet all mission success criteria for the use of the drill,” said Theisinger.

Mars Science Laboratory project scientist John Grotzinger told reporters that since this is the first time a Mars rover has carried a drill, scientists are learning from the experience.

“We don’t have enough information yet to really know how serious the problem is,” he said, adding, “we see so many potential ways to work around this that we could use.”

Three other orbiters — already circling the Red Planet — are being positioned to be overhead when the rover approaches Mars so they can relay communications back to Earth.

“From the moment of landing it will be about 14 minutes before we will get a confirmation signal back to Earth at the earliest to confirm that we are actually down safely on the surface,” said program executive Dave Lavery.

While all indications are positive so far, Lavery said the mission carries plenty of unknowns.

“The reality is, this is a very risky business,” he said. “Historically only 40 percent of missions to Mars have been successful. So there is never a guarantee of success.” –AFP