Sunday, June 7
You are at:Home»News»Sarawak»Tourism sector contributes a third of GDP — Abang Jo 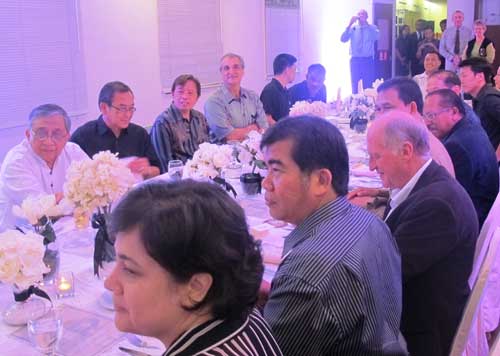 KUCHING: The tourism sector contributes a third of the gross domestic product (GDP) achieved in 2011 in the service sector.

Tourism Minister Datuk Amar Abang Johari Tun Openg said the service sector had contributed 35.5 per cent to the GDP last year. As such, the sector has contributed a third to the GDP apart from manufacturing, mining and others.

Therefore, he was confident the tourism sector will contribute significantly towards the GDP in the coming years. Several items must be focused on by the industry players to strengthen the industry’s performance.

“The government will work hard to increase the allocation to Sarawak Tourism Board to ensure the target set is achieved. At the same time, a special committee has been set up to provide infrastructure needs to the sector players in various aspects,” said Abang Johari at the Sarawak Convention Bureau (SCB) dinner at the Art Museum on Friday.

This will be the focus of all industry players for the next three to five years, he said.

The dinner was held to celebrate the bureau’s winning of BrandLaureate Country Branding Award 2011-2012.

He hoped all industry players involved in the tourism sector would co-operate with one another to strengthen the existing businesses.

On SCB’s achievement, Abang Johari said he was proud of the achievement as they had successfully created a good marketing strategy for the state.

“For the last five years, Sarawak is the second best destination in the world, after Australia,” he said.