Sunday, February 23
You are at:Home»News»Sarawak»Trail to promote Sibu as city of cultures, festivals 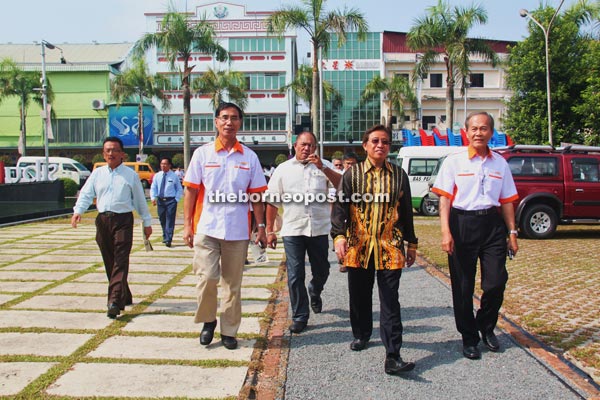 Speaking during the launching ceremony, Sibu Municipal Council chairman Datuk Tiong Thai King said the trail was another initiative of the council to promote Sibu as a city of cultures and festivals and a gateway to the central region of Sarawak.

He said the whole loop measuring about 4km and took about an hour and half if one made brief stops at all the heritage sites.

“With its earliest settlement dating back to the 1800s, followed by the early immigration led by the late Wong Nai Siong, Sibu has grown by leaps and bounds into a major urban centre in Sarawak.

“All the heritage sites identified are of great significance in the development of Sibu town,” he said.

He said the council had printed brochures, which contained a walking map, old pictures, and information of each heritage site.

The brochures would be placed at tourist information centre, hotels, travel agents, taxis, and other locations in town.

He hoped that the local tourism players such as travel agents, tourist guides, and taxi drivers would help to disseminate the trail to tourists and visitors.

Tiong meanwhile said the council had been promoting tourism on its own initiative since the early days.

For example, Pesta Sibu was initiated in the 1980s and had since become a frequent celebration for the local communities, he said.