Tuesday, May 18
You are at:Home»Business»BizHive»Five Corridors: Gateway to prosperity

Malaysia’s five economic corridors are the culmination of years of dedication and close cooperation between government bodies and the private sector and a vital tool for achieving economic and social development right across the country.

Six years since the inception of the five economic corridors, BizHive Weekly takes an in-depth look at the current issues faced by each of the corridors’ authorities as well as the latest developments. 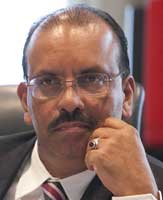 KUCHING: Malaysia’s policy of regional development was first kicked into motion with the establishment of five economic corridors during the unveiling of the Ninth Malaysia Plan (9MP) by then Prime Minister, Datuk Seri (now Tun) Abdullah Ahmad Badawi.

As a recap, it is noteworthy that, under the 9MP, the five corridors had their very own clear and concise visions, focus and own authority to oversee the developments.

According to Datuk Dr Ali Hamsa, the director general of the Public Private Partnership (PPP) Unit at the Prime Minister’s Department, “The economic corridor concept has been absolutely central to the Malaysian government’s efforts on regional development in the past few years.”

During a recent roundtable discussion conducted by International Investors, the director general explained that after observing the development of comparable countries, the government had noticed that economic development had often been strongly concentrated on the capital city, leaving the rest of the country somewhat behind. 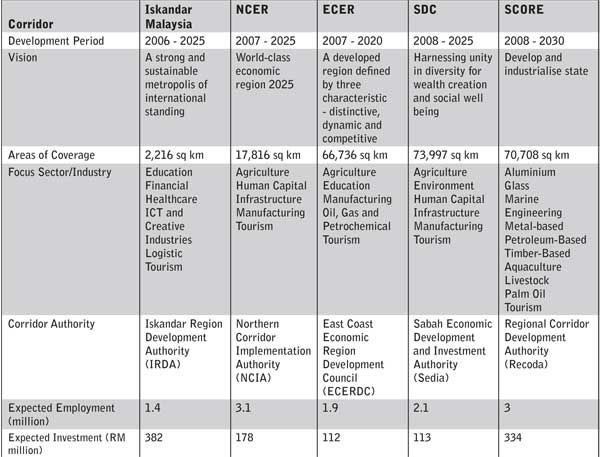 Ali Hamsa raised the example of Bangkok which was 35 times bigger than the next biggest city in Thailand, Chiang Mai.

As such, Malaysia intended to avoid concentrating all its growth in and around the capital and would like to achieve a more balanced development profile throughout the country.

This was where the aforementioned five economic corridors came in, he pointed out.

“They are a vital tool for achieving economic and social development right across the territory. Initially, of course, the government has to ‘prime the pump’ and inject a lot of infrastructure spending to get the economic growth going.”

He believed that as time passed, the private sector would take off and power the developments, taking the baton from the public sector.

Six years since the inception of the five economic corridors, BizHiveWeekly takes an in-depth look at the current issues faced by each of the corridors’ authorities as well as the latest developments.