I WONDER if the foundations of the present Malaysian Nature Society were firmly laid by such eminent Victorian naturalists as Alfred Russell Wallace and Robert Walter Campbell Shelford in their exploratory work and subsequent writings on the unique biodiversity of Borneo. 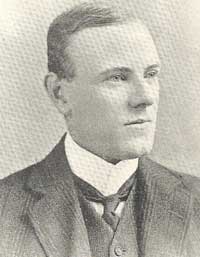 Shelford, sadly, died of tuberculosis in England in 1912 at the early age of 39, but not before he had finished a draft of his most well known publication ‘A Naturalist in Borneo’.

This is the centenary year of his death, and I think it appropriate to look back at his life and accomplishments in Sarawak and the UK.

Shelford was born in 1872 in Singapore, in a similar climate to that of Kuching, hence perhaps his resilience whilst, later in life, he worked here.

As a boy he developed a tubercular hip, which continued to dog him throughout life, but he never complained.

Then at the age of 25, in 1897, he was appointed by Rajah Sir Charles Brooke as curator of the Sarawak Museum, a post he held for seven years until his return to the UK in 1904.

Upon his return to England, he held the post of assistant curator of the Hope Department of Zoology at Oxford University Museum. He married Audrey Gurney in 1908, before a recurrence of TB blew out his flame four years later.

During his time in Sarawak, he made his mark on the zoological scene. While curator of the Sarawak Museum, he made collecting trips to several areas near Kuching, such as Penrissen, Matang and Santubong, as well as further afield.

He contributed to collections in Cambridge, Oxford and Sarawak. He did comment in ‘A Naturalist in Borneo’ that many additions were from the men on the ground.

As an entomologist, he specialised in cockroaches, in addition, many Bornean insect species were named after Shelford and thus in their Latin classification are suffixed by the word ‘shelfordi’.

His absorbing book, ‘A Naturalist in Borneo’, was published posthumously in 1916 by T Fisher Unwin Limited at Adelphi Terrace, in London and it was edited by Shelford’s great friend, Dr Edward B Poulton — the Oxford University Hope Professor of Zoology and Fellow of Jesus College.

As a fan of Shelford’s book, I find it fascinating reading,
written in prosaic and erudite English and I am proud to own a first edition.

Despite his personal affliction, he managed to get to places almost inaccessible in his time, which we can now access in 45 to 120 minutes. His adventures at Santubong and Matang and travelling along the upper reaches of the Sarawak River must be read.

His jottings on mimicry or the mimicking of one type of insect by another to deceive its predators were ahead of their time apart from the findings of Wallace who, like Shelford, believed in the evolution of species.

Chapter nine entitled ‘An Expedition to Penrisen’, on the boundary “between Sarawak and Dutch Borneo” (Kalimantan today) for some 26 pages leaves me in absolute awe at the eloquence of this Victorian-Edwardian writer. In the latter pages of the book, the superb quality black and white photographs, mostly taken by Shelford, will remind all present readers of areas which we still have today and for the most part have been preserved — the Public Offices, the Square Tower and the Gaol, the Sarawak Museum, the Astana and Kuching on Regatta Day.

All of us owe a debt of thanks to a person who, in his short stay in Sarawak and indeed in his life on planet earth, took zoological learning to unknown frontiers in his day.

The flavour of this book and Shelford’s honest descriptions of Sarawak and its natural resources, recorded over 100 years ago, will bring a smile to some faces and an acknowledging nod to other heads.

We must continue to help preserve his memory and moreover the unique flora and fauna, including insects and bird life, that we still have the pleasure of viewing daily here in Kuching and in our immediate surroundings.

Do make a family visit to the Sarawak Museum this year and honour the memory of its first curator.

By the way, Emeritus Professor Edward Poulton at the age of 81, in 1937, gave his Presidential Address to the British Association for the Advancement of Science when he reviewed the history of evolutionary thought, mentioning Wallace and Shelford as fellow advocates of natural selection.

Do read ‘A Naturalist in Borneo’ by the late Robert WC Shelford, edited by Dr Edward B Poulton (First edition 1916, publisher T Fisher Unwin). You can also find a paperback form printed by Oxford University Press in 1987.