Sunday, February 23
You are at:Home»News»Sarawak»Procession to mark start of Borneo Cultural Festival 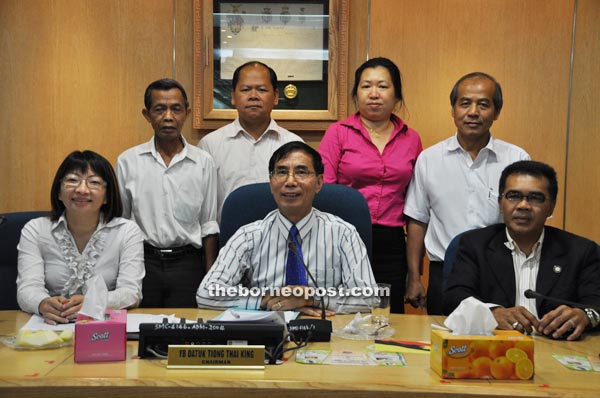 ALL SET: Ngieng (seated centre) poses with members of his organising committee after a press conference.

SIBU: A procession on the evening of July 6 will mark the opening of this year’s Borneo Cultural Festival (BCF), which will run from July 6-15 at Sibu Town Square.

Organising chairman Daniel Ngieng told a press conference Wednesday that the procession would begin at 7pm and end at around 8.30pm.

“The 2km walk will pass through the major town roads,” he said, adding that there would a sizeable number of contingents, including five brass bands, lion and dragon dance troupes, and people from various communities.

Ngieng said the idea to have the grand parade is to showcase Sibu’s rich and colourful cultural heritage.

Anticipating a huge turnout, Ngieng urged motorists not to park their vehicles too close to the Town Square to minimise traffic congestion.

He said Bujang Suntong Road will be closed to traffic from 6.30pm during the 10-day festival.

Ngieng, who is Sibu Municipal Council deputy chairman, also called on the people not to litter.

“Let’s together make it a green BCF and a clean Sibu,” he said.