Tuesday, August 4
You are at:Home»News»Sarawak»Pujut bridge to ease traffic congestion 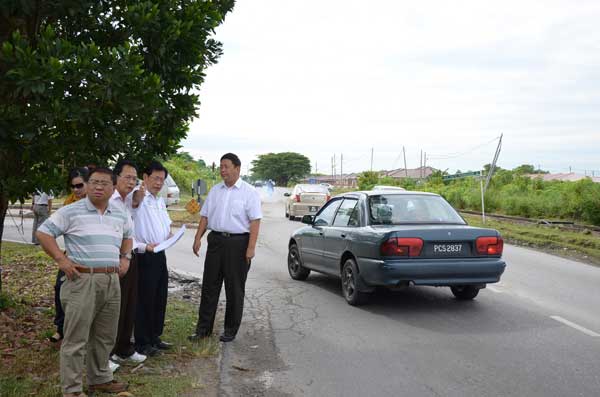 MIRI: The traffic woes at Tudan Road and Pujut 7 Bridge will be things of the past very soon as measures are being put in place to overcome them.

Assistant Minister of Communications Datuk Lee Kim Shin said the new Pujut 7 Bridge would be opened to the public soon and this alone would ease much the heavy traffic congestion in the area, especially during peak hours.

“Now that the construction work is still on the traffic flow is naturally very bad. I have instructed the contractors to speed up the work and open the bridge to the public as soon as possible.

“Hopefully, it can be operational by mid month (July) or the latest by end of the month. The contractors are now on the final phase of the work,” he told reporters during a site visit yesterday.

Lee added that the contractors were now installing street lights at the bridge and along the new stretch of road from the bridge until Institute Kemahiran Belia Negara.

Commenting on Tudan Road which is congestion-prone especially during peak hours, he said the stretch of road from Miri Policlinic to Emart commercial centre would have another lane.

“We are planning to have two lanes (for the road) from the Policlinic to Emart to ease the traffic congestion there and the Miri City Council will carry out a study for this project soon.

“Hopefully, the project can take off early to complement the road widening project in Permyjaya area.

Accompanying Lee during the site visit was Miri mayor Lawrence Lai as well as representatives from the Public Works Department.