Monday, August 2
You are at:Home»World»They’re back: UFOs at Phoenix Mountain 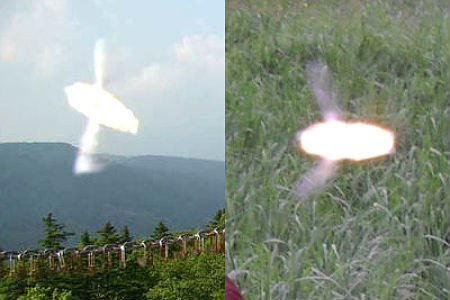 Looks like ET is using China Telecom to phone home—residents in the north-eastern province of Heilongjiang in China have reported seeing UFOs for the second time in one week.

Zhang Wei and Dai Guobin, factory workers in Harbin’s Zhangjiadian village, said the black object was larger than a plane, shaped like an eagle and hovered in the sky for a minute before zooming off. The sighting occurred at mid-day and the object was at a distance of about 1km from the two men.

“We don’t know if this is the same UFO reported earlier in the Phoenix Mountain National Forest Park,” said Zhang. The park is about 200km from the factory.

Earlier last week, Harbin Daily reported that a photographer and a tourist, Wu Chun Yan and Li Hui, were at the park viewing platform when they saw a shiny object hovering in the sky at 3:40pm. Wu snapped a picture of the UFO.

A park worker, Sun Li, said she too saw a bright object at 8pm that night. It was the size of a wash basin, with gaseous columns on its sides. 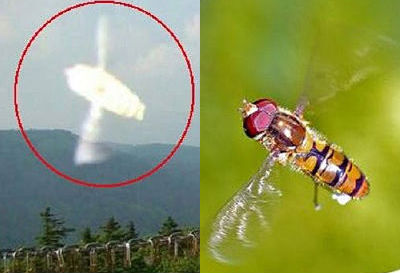 After the news broke, another tourist showed the paper her photo of a UFO hovering behind her classmate, which she took at another location at the park about four hours before Wu’s sighting. “We were descending the hill when I took the picture at the sky garden,” said Madam Wei.

Zhang Wei reported his sighting to Chen Gongfu, a retired professor from the school of astronautics at the Harbin Institute of Technology. Chen had spent days investigating the UFO reports at the park and said he spoke to four people who saw the same object at different times and places.

“It looked a lot like a moth in the first picture,” said Chen, but he soon changed his mind after talking to eyewitnesses. “It’s a UFO,” he confirmed.

However, a curator at the Beijing Planetarium, Zhu Jin, who has been studying UFO reports for years, remains sceptical. He believes that the object was simply an insect. “It looks bright and shiny because of the camera flash, but you can clearly see its wings,” he said. 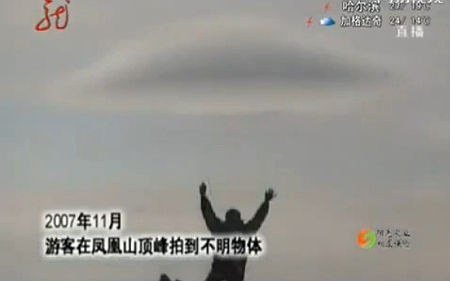 A saucer-shaped cloud was seen at Phoenix Mountain in 2007.

Meanwhile, Kang Tai, a park manager for four years, would neither confirm nor deny the sightings. “I personally have not seen it,” he said, “but I’ve received UFO pictures taken here by tourists several times, most recently last year.”

The current sightings look like a repeat on an incident that happened 18 years ago at the park. In 1994, three park workers say they saw a strange unidentified object flying in the sky. “I saw the UFO just as it landed on the hillside,” recalled Meng Zhao Guo.

Meng said he went to the site the next day to investigate and as he got close to the UFO, “I was suddenly pushed back as if I was receiving an electric shock,” he told Heilongjiang Television.

Several days later, Meng said he saw an actual alien at his home, and as it got closer, “My house became extraordinarily bright and I saw it standing in front of me. It was just like a human. Then it pushed me aside and quickly ran out.” – Source by dailychilli