Tuesday, December 6
You are at:Home»News»Sarawak»Light at end of tunnel for medical graduates 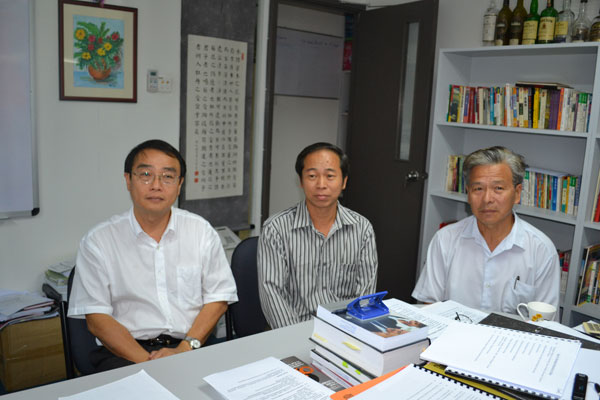 PROBLEM SOLVED: (From left) Wong, Yu and Teo at the press conference.

SIBU: Medical graduates from China medical schools residing in Sarawak can now take their medical qualifying examination (MQE) at Unimas Medical Faculty with a maximum attempt of three times with PTPTN loan made available to them.

Revealing this in a press conference here, a representative of the parents of Chinese medical graduates, Wong Ching Yong, said the meeting between Associate Professor Dr Kamaruddin Kana of Unimas and the Chinese medical graduates and their parents recently at the Unimas Medical Faculty ended with the graduates agreeing to take a six-month intensive course with a fee of RM25,000, whereby they would be given lectures, tutorials and bedside teaching prior to taking the exam on April 15–28 next year.

They are allowed to take the exam in other medical institutions if they fail after the three attempts.

Another option they were offered, which they rejected, was to take the exam in Unimas with a fee of RM3,000 with its medical faculty not arranging for any tuition, lecture or bedside teaching.

On April 22, he said, SUPP president Datuk Seri Peter Chin met the parents and the medical graduates in SUPP headquarters, whereby a request was made to allow the medical graduates residing in Sarawak to sit for MQE in Unimas because it would be very costly for them to take the exam in USM, UM and UKM in Peninsular Malaysia, citing lack of income, transport, accommodation and food as their reasons.

Other requests, he said, were to open up more examination centres in Malaysia as at the moment there were only three such centres, and for Malaysian Medical Council (MMC) to conduct accreditation leading to full recognition of the Chinese medical schools as soon as possible.

Wong also said on July 25, Chin had informed the Chinese medical graduates that the Cabinet had directed MMC to send a delegation to the top 11 Chinese medical schools to do the accreditation.

Acting voluntarily as a co-ordinator in his capacity as parent of medical graduates from China medical schools, Wong called on graduates who wish to take the MQE in Unimas to contact him through email taxlex.wongcy@gmail.com before August 3.