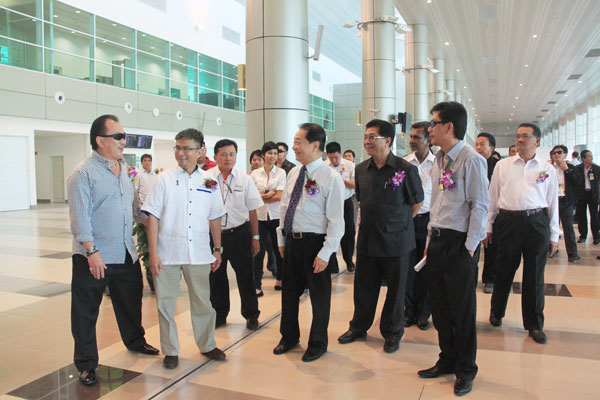 Second Finance Minister and Minister of Local Government and Community Development Dato Sri Wong Soon Koh was there yesterday to inspect the facilities and witness the commencement of the operation.

The project is being implemented in two packages.

The first package involves the extension of the passenger terminal building, central utility building and other associated works.

The overall project is 98.5 per cent completed.

Speaking at a press conference after the inspection, Wong said the new terminal building is the pride of the people in Sibu.

Besides its modern look, Wong is also impressed by its facilities which are well incorporated, making the terminal very user-friendly.

He, however, said it would take some time for passengers to get use to the new building.

“I must say the company undertaking the project really showed entrepreneurial spirit and business commitment.

“The project was completed ahead of schedule,” he enthused.

He hoped that the stakeholders, travel agents and Sibu people would make full use of the airport to promote tourism for Sibu and the entire central region.

“I think this airport is important to Sibu, particularly in the next three, five or ten years.

“We are looking forward to greater development activities in the central region,” he said.

He pointed out that more development activities would take place in the future with a large part of the hinterland being opened up for plantation, the construction of Tanjung Manis Road, the Halal Hub, and so forth. 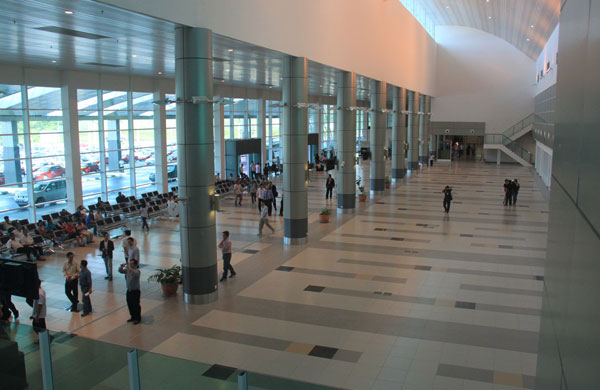 “This airport will serve a large area, perhaps almost a million people,” he said.

Wong is confident that the new terminal building, which would cater for 1.9 million people, would meet the needs for the next 10 years.

He urged the people of Sibu to work hard in promoting tourism in Sibu, and was looking at the possibility of having international flights in the future.

However, he said, it all depended on the wish of the people of Sibu.

“To have international flights or more flights, we must have demand.  Once we have the demand, we do not have to look for the airlines, the airlines would look for us,” he pointed out.

He also said the possibility of having Sibu-Singapore and Singapore-Sibu flights were currently under discussion.

Meanwhile, he said an auspicious date for the grand opening of the new airport in September would be decided soon.

“We will invite our prime minister and chief minister to grace the opening,” he said.