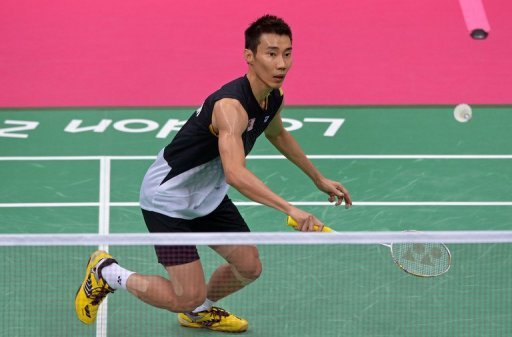 Malaysia’s Lee Chong Wei plays against China’s Chen Long in a men’s semifinal singles badminton match at the London 2012 Olympic Games. Lee will get the chance to avenge his 2008 Olympic badminton final loss to Lin Dan after securing a gold medal showdown with the defending champion from China. (AFP Photo/Adek Berry)

KUALA LUMPUR: Malaysian top-seed Lee Chong Wei will get the chance to avenge his 2008 Olympic badminton final loss to Lin Dan after securing a gold medal showdown with the defending champion from China.

Lee Chong Wei, who trails Lin Dan by 20-9 in head-to-head meetings, is delighted to have reached another final after an injury-hit build-up to the Olympics which sidelined him for two-and-a-half months. 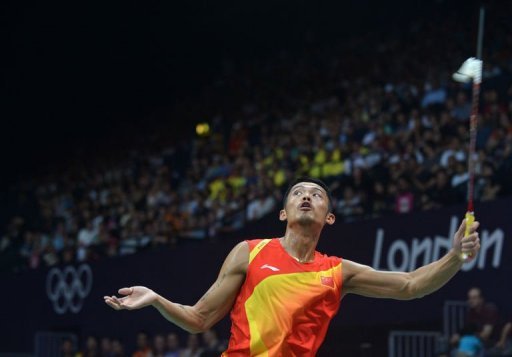 “I was not the favourite to win this match,” Lee claimed. “This is not Lee Chong Wei at his best. But I was determined to prove a lot of people wrong.”

Lee, who wrong-footed Chen throughout with his shot selection, sank to his knees and kissed the court after sealing a deserved win.

“I have kept my promise to Malaysia which was to reach the final,” Lee said.

The Malaysian will have his work cut out in the final, with Lin in dazzling form during his demolition job on his seventh-seeded opponent from Korea.

However Lin is looking forward to locking horns with Lee Chong Wei once again following their clash in Beijing four years ago.

“The fact that we can get to play each other again four years on just proves that we have not been kicked out by time.

“I hope we can both get to our potential in the final, and that we can fulfil our dreams. No matter what the result I want to support Lee Chong Wei.”

Lee felt this final might be different from the one in Beijing, where he was comfortably beaten. “It will be a different proposition,” he reckoned.

“That was in his home city. I promise to give a better performance than last time and hopefully I will win the gold.”

Meanwhile China’s shuttlers put a miserable start to the Games behind them after top-seeds Zhang Nan and Zhao Yunlei outplayed compatriots Chen Xu and Ma Jin in the mixed doubles to take gold, winning 21-11, 21-17.

China is guaranteed at least one more gold medal after Wang Yihuan, the top-seeded world number one, reached the final of the women’s singles.

Wang did that with a 21-13, 21-15 win over Saina Nehwal, the fourth-seeded Commonwealth champion who is the first Indian badminton played to reach the semi-finals of any Olympic event.

Wang plays in the final Li Xuerui, the 21-year-old from Chonqing, who caused one surprise by winning the All-England Open in March, then another by getting the vote into the Chinese team ahead of Wang Shixian, a former world number one, and yet another Friday by beating her second-seeded opponent 22-20, 21-17. –AFP