Thursday, August 13
You are at:Home»Business»BizHive»MICE: Showcasing Sarawak’s strides into the future

Situated on the third largest island in the world, blessed with the world’s oldest tropical rainforests and home to the ‘state-of-the-art’ conference facilities, Sarawak has all it takes to be the next world-class MICE haven.

BizHive Weekly takes an in-depth look at the Sarawak MICE industry putting the puzzle together to discover where the industry is heading in the future.

“It’s not tourism …But it supports tourism” 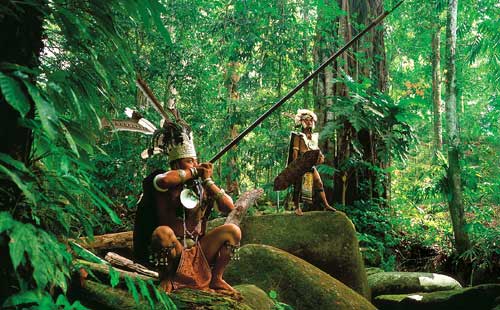 If adventure had a home, it would be here when one arrives as a guest and leaves as family — Sarawak

Situated on the third largest island in the world, blessed with the world’s oldest tropical rainforests and home to the ‘state-of-the-art’ conference facilities, Sarawak has all it takes to be the next world-class MICE haven. 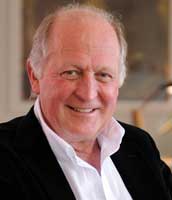 “Its name alone conjures up images of vast forests, caves, rivers, mountains and unique wildlife but outsiders are not aware that it is also equipped with the latest infrastructure and ‘New World’ facilities,” lamented Sarawak Convention Bureau (SCB) managing director Mike Cannon, who preferred to call the state, ‘virtual paradise on earth.’

“Whether it is termed MICE, business tourism, meeting and incentives travel (M&IT), business events or any other of the myraid names that serve to further confuse the identity of the industry, the meetings industry is a distinct area of enterprise with its own unique markets,” emphasised Rod Cameron, International Development director for International Association of Congress Centres (AIPC).

“When you look at every single business event that is scheduled, they choose the destinations for completely different reasons but at the same time, when they come, what’s the draw card? It is the destination…,” Cannon told BizHive Weekly in an exclusive interview.

He pointed out that the core growth connection between the MICE industry and tourism was in the use of tourism products and services.

Whilst the marketing of business events versus leisure visitation was completely different, these two elements of visitation were multipurpose a n d c a m e together when every visitor arrived.

Business event s he lped to induc e leisure visitation by around 60 per cent within two years. 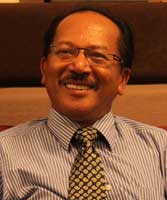 Further, a significant number of the international conference delegates were likely return to the destination, according to the National Business Events Study (NBES) of Australia.

“As this relates to Sarawak, many of the delegates don’t just return back with their family but will also come back with corporate events such as product launches, or their corporate meetings or another convention in the future,” said Cannon.

Meetings and conventions grew their visitor base by attracting people who were coming to attend the events rather than having chosen that destination on the basis of its own merits.

As a result, these were typically incremental visitors consisting of people who might other wise not have come at all.

“And it’s not just that they come, it’s when they come – often at times of the year when other kinds of visitors won’t,” Cameron commented.

The fact of life is that business events could not survive without tourism infrastructure, products and services.

“I look at it as an industry which is climbing up the value chain because of the higher yield contributions.

“It’s not tourism whereby making the most of what we have.  It’s about breaking new grounds, things that we have never touched before such as business tourism,” he said.

“STB flies the flag of Sarawak as a destination and the bureau channels the deals and the brand of business events into the state,” Khan stressed.

Khan further highlighted that there were a lot of tourism products that could be linked to the MICE industry.

Examples of activities included the release of baby turtles, which MICE delegates could participate in as their CSR programme, an experience that they could get apart from the business meeting held here.

“We don’t run the show, the private sector is the one that runs it.

We need to encourage more private sector investments as currently Sarawak is highly dependent on the state government and government-linked companies (GLC).

The state needed to identify tourism clusters by leveraging on the adventure strategy, culture and nature, Khan pointed out.

“There are still many areas that are undeveloped – fi nd it and work on it, and we will do the rest to make it globally-known.”

Among the opportunities were in medical tourism, cruise tourism, rural and eco-tourism, adventure tourism, leisure and lifestyle tourism as well as education tourism.

Each niche has its critical role in attracting more business events to come in.

The synergy between STB and SCB was not just hinged on the ‘hardware’ part but also the ‘software’ which was reflected in both entities’ taglines.

Both Khan and Cannon concurred saying that STB and SCB were just virtual players in the industry, those who were involved on the ground were the ones who would change and move the industry forward.

“We are doing the backstage work while the ground players are the frontliners when business events come in.

“That is why, it is always important for players to equip themselves with knowledge on how to handle business tourists,” they commented.

BizHive Weekly takes an in-depth look at the Sarawak MICE industry through interviews and discussions – putting the puzzle together to discover where the industry is heading in the future.