Sunday, October 2
You are at:Home»Sports»Mawan: Our hopes for diving star to win state’s first Olympic medal 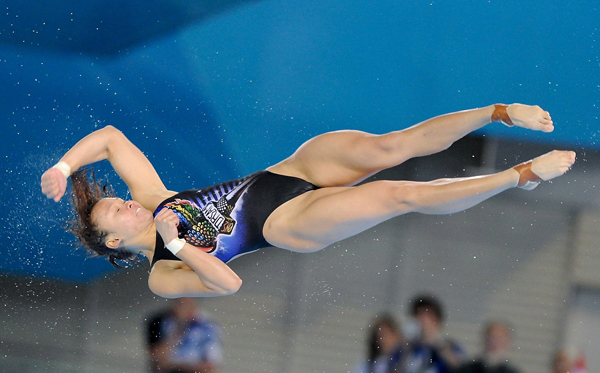 PROUDLY SARAWAKIAN: : Pandelela Rinong competes in the women’s 10m platform semi-finals during the diving event. Malaysia’s Olympics medal hopes now lies with Sarawak’s diving queen, 19-year-old Pandelela who qualified for the finals. The national 2012 sportswoman of the year award winner collected 352.50 points to make the cut to the final which will be competed by 12 top divers. 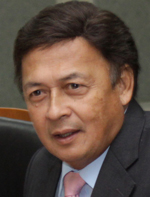 Social Development Minister Tan Sri William Mawan Ikom said yesterday he was also hoping very much for the Bidayuh lass from Bau to win a medal and do us proud.

“This is the golden chance for her and we believe that she has the ability and determination to do it … and in the grace of God also,” Mawan said of the Malaysian team flag-bearer.

The minister said Pandelela would get an incentive from the state government if she returns with a historic medal irrespective of colour as a token of recognition for her amazing feat.

“We will also propose to give her an award for the achievement if she succeeds in winning a medal at the Olympics,” he said after presenting the KGS Captain’s Alumni challenge trophy to the organisers at his office at Bangunan Baitul Makmur, Petra Jaya yesterday.

“Being an Olympian, the national body will have an incentive for her and as far as we are concerned, Pandelela, being an Olympian from Sarawak, we also have our arrangements. Some we have announced and some we have given,” he said.

“Pandelela is our sports icon and she has displayed her ability and commitment to win glory for the country. All her efforts must be recognised and we should share the pride in her achievement,” Mawan added.

He said the incentive and award for Pandelela would serve to motivate other athletes who would follow Pandelela’s footsteps.

The 19-year-old advanced to the final after securing the fifth spot in the semifinals of the Women’s 10m Platform yesterday.

In the event held at London Aquatics Centre, the Malaysian 2012 sportswoman of the year award winner collected 352.50 points to make the cut to the final.

Only the 12 top divers compete in the final which will be held at 2 am (Malaysian time) today.

On Wednesday, Pandelela qualified for the semi-finals after finishing second with 349 points with five dives in the preliminary rounds.

Chen Ruolin topped the qualifying with 392.35 points while Germany’s Christin Steur was third with 341.75 points.

However, Pandelela’s teammate and fellow Sarawakian Traisy Vivien Tukiet failed to make the semi-finals after finishing in 22nd spot with 285 points.

Before the women’s individual 10m platform, Pandelela failed to shine in the 10m springboard synchronised event with Leong Mun Yee. They finished in seventh place in the event.

In the 3m springboard syncho on July 29, Pandelela and partner Cheong Jun Hoong finished last in the field of eight pairs.