Tuesday, February 7
You are at:Home»Sports»Miri ideal venue for international go-kart race
For the freshest news, join The Borneo Post's Telegram Channel and The Borneo Post on Newswav. 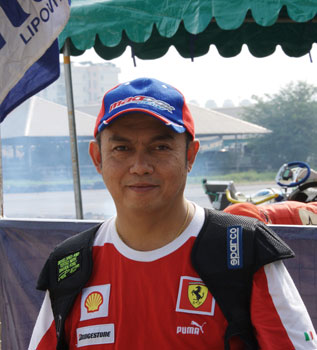 KUCHING: Miri, which is well known for the staging of the Borneo Jazz Festival, is also suitable as a venue for one round of the Asia Karting Open Championship (Akoc).

According to international racer Freddy Lawan, Miri could host Asia’s premier go-kart competition here as long as some requirements are met.

“All we need to do is to get the Miri International Go-Kart Track sanctioned by the Automobile Association Malaysia (AAM) and a body like Sarawak Automotive Racing Sport Association (Sarsa) to organise the event and maybe do some modification works to the track too,” said Freddy.

“If we can organise it here in Miri, the Akoc organisers will cancel the Round Three race in Manila and move it here.

“This is because of the inclement weather condition in Manila, Philippines between now and September which makes it not very ideal for organising sports events due to heavy rains and typhoons,” explained Freddy.

In fact, the recent second round of this year’s Akoc at Carmona Race Track was hit by Typhoon Saula. Freddy said it would also be good to run the race in Miri since the Miri International Go-Kart Track was built more than ten years ago, it has never hosted an international competition.

To him, the track is much better than those in Pekan or Kuching.

“More local racers will join the competition and we can also expect racers from Brunei, Indonesia, Sabah and Labuan to come here and compete. International racers are also keen to come,” he said.

through sports tourism as the racers will be accompanied by their family members and crew including mechanics and engine tuners.

“The hotels, restaurants and tourism related industries can all stand to benefit from the spin-offs of the competition,” he added.