Sunday, October 2
You are at:Home»Sports»Football»Samarahan Division the team to beat 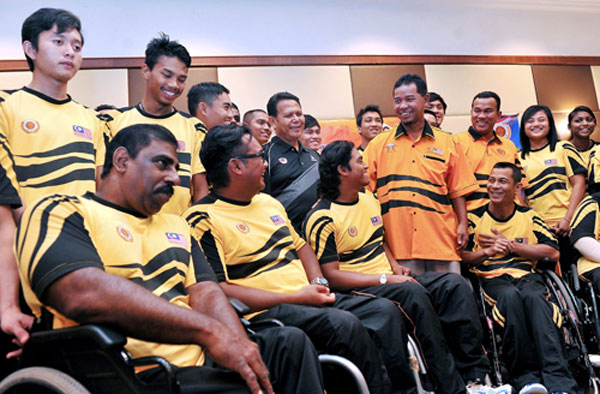 KUCHING: Samarahan Division has fired a warning shot to all its adversaries in the coming 2012 Sarawak Cup competition, announcing that they will do all they can to win the cup which they last won in 2008.

It was also announced yesterday that rising star in the football coaching fraternity, Awang Jobli Awang Bidin has been appointed by Samarahan Football Association (PBBS) as their coach. Former state player Idris Untong on the other hand was hand picked to be his assistant.

For the record, Awang Jobli was the architect of Samarahan’s victory in 2008. He wants to repeat the feat this year and with the help of Idris, he is confident that Samarahan will rise again be a force to be reckoned with.

“I will do all I can to guide Samarahan into becoming Sarawak Cup champions once again. We can only plan and hope while the rest is history,” he added.

According to PBBS president Haidel Heli, the Samarahan Division team will be revamped for the competition. He wants new faces and fresh blood that are hungry for success to win the competition.

Selections for the new players will be made two weeks after the Hari Raya celebration. The selection process will then be divided into three sessions.

“The new team will be made up of 80 per cent new players. We will only retain some of our old players,” he said.

Haidel pointed out that he wants the new players to prove their worth after being handed the chance to represent the division. He has high hopes on them and too hoped that they repay the association’s faith in them.

A total of 16 teams will compete at the Sarawak Cup which sees Miri as host this year. The week-long tournament starts this October 1 to 7.

Divisional teams Kuching, Samarahan, Sri Aman, Betong, Sarikei, Sibu, Kapit, Mukah, Bintulu, Miri and Limbang are expected to send in their teams for the competition. The competition will also be joined by club sides such as Armed Forces(ATM), PDRM, Young Crocs A, Young Crocs B and team Seahorse.

Defending Champions Kuching are hot favourites to retain the title. Nevertheless, Samarahan Division has emerged as a powerhouse and is the team to beat.