Friday, July 30
You are at:Home»News»Nation»Namewee threatens Lin Dan on YouTube 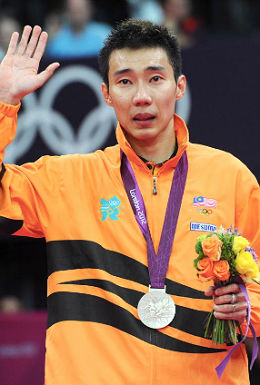 Chong Wei received a hero’s welcome when he returned from London.

Passions are still riding high for Olympic silver medallist Lee Chong Wei, so much so that two very different public personalities, a politician and a notorious filmmaker, have found themselves at both ends of a stink, – Daily Chilli reported.

Lee Chong Wei has been forced to issue an apology to the Chinese for a video post on YouTube by controversial filmmaker Namewee. In the four-and-a-half minute clip, Namewee begins by singing a sad song sympathising with Chong Wei, but ends the video by criticising Lin Dan with a string of profanities and threatening to beat up the athlete.

Namewee’s Mandarin song also made thinly veiled references to the Prime Minister’s wife, who was in London for the Olympics. But bearing the brunt of his putdown was Lin Dan, who Namewee belittled with a series of vulgarities before warning him not to set foot in Malaysia unless he wanted to get whacked.

The homemade video was posted on Monday, the morning after Chong Wei was defeated by his long-time rival, the world number one and two-time Olympic gold winner Lin Dan, in the men’s singles badminton final at the London Games.

Local media may have missed the video but China’s press caught wind of it and, as expected, Namewee’s little stunt attracted a flood of fuming comments from both the Chinese and Malaysians.

Some of the posts on YouTube, Facebook and Twitter labelled Namewee “brainless” and “a shame to the country”. There were also suggestions that the video was a “cheap publicity stunt” for his latest movie, Hantu Gangster.

One comment said, “There must be a winner and a loser in a competition. Please respect every athlete. Lee Chong Wei is your hero. Lin Dan is our hero.” Another read, “Both players are great. Do you know more than 114,000 Chinese responded to Lee’s Weibo post to cheer for him after he lost?”

On Thursday, Chong Wei had to finally take to China’s social networking site Weibo to send his regrets about the controversy. “I’m sorry about that song. I don’t know about it. I want to say sorry to everyone. I hope the Chinese badminton fans understand,” he wrote.

In the clip, Namewee begins with a dedication to Chong Wei. “Today, an incident that made the whole country sad but also proud of took place. I wish to write a song for Lee and hope he won’t be too sad. And that Lin [expletive]rambu-Dan, I’ve had enough of you!”

The song lyrics then go: “Learned that you love my movies/ Secretly watched Nasi Lemak 2.0 alone/ Hantu Gangster is about to open/ Sincerely inviting you to the premier/ But heard you’re in London now and can’t attend/ Never mind, it’s more important to fight for the country.”

“When I turn on RTM1/ Saw you fighting hard for the motherland/ Won the first round easily/ Everyone’s happy, but in the second round/ That stupid [expletive]from China was so powerful/ As though he was on dope/ Driving you off to the bottom of the ravine/ And running out of steam just like that.” 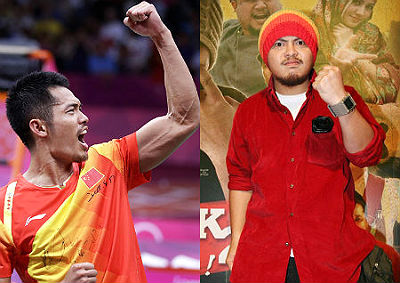 Namewee vs Lin Dan, who would win a fist fight? Put your money, place your bet.

“Although you have lost and tears have gone dry/ The whole of Malaysia is sad for you/ Even the fat woman is sobbing/ Although you’ve been defeated, don’t cry anymore/ I promise to watch my movie with you/ When you come back and let you laugh to satisfaction.”

“Although we don’t have an extra holiday/ Or free branded ice-cream/ You’re the hero of Malaysia/ No matter who win or lose/ We all love you.”

At the end of the video, Namewee switches to his native Hokkien dialect for a rant aimed squarely at Lin Dan. “Tell him to go home. Don’t be so cocky. You don’t come to Malaysia to play. I see you one time, I beat you up one time,” he yells directly into the camera.

Namewee has since put out his own apology for the song, posting a message on Facebook saying, “I’m here to openly apologise to the world for insulting Lin Dan in the video. I made the clip merely to invite Lee to watch my film, but made a big mistake by verbally attacking Lin. I’m very sorry about it.”

He added, “I don’t beg for forgiveness from all of you. I just hope that this incident won’t affect the image of Malaysia. Malaysians are kind-hearted, generous and easy-going, totally the opposite of me. I take full responsibility for my action. Lastly I apologise again to Chinese player Lin Dan, Malaysians, the Chinese people, the world and Lee.” 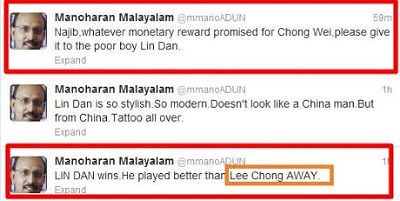 Meanwhile, DAP and Kota Alam Shah state assemblyman M. Manoharan was forced to apologise as well after he sent several tweets knocking Chong Wei for losing his second gold medal in a row at the Olympics—and promising that we would triumph at the next meet if his political party won the next election.

“If Chong Wei played better than Lin Dan, why didn’t he win? We must be firm with our players so that we can see a gold one day,” he wrote in one tweet. “Pakatan has a very capable sports minister in waiting. Give Pakatan to rule Putrajaya to bring in the Gold in next Olympics,” he added.

Following public outrage at his comments against the national hero, even his own party took him to task for his statements, ultimately forcing him to say sorry.