Thursday, September 24
You are at:Home»Sports»Sarawak’s new Aquatics Centre below par 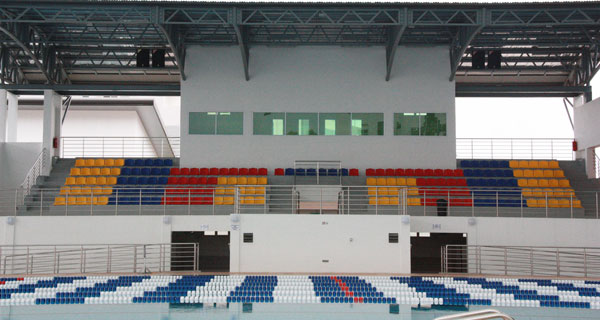 TOO LITTLE: The Grandstand sitting capacity is limited to only 100 spectators. Ideally, it should accommodate a crowd of more than 250.

KUCHING: Sarawak State Sports Council (MSNS) director Francis Nyurang Ding has the view that Sarawak will have to build new aquatics centre before Sukma 2016 if the existing diving facilities at the National Aquatics Centre of Excellent here are not upgraded.

Francis was commenting on federal Minister of Sports Datuk Seri Ahmad Shabery Cheek’s recent comment on the fact that the aquatics centre here is not meeting the specification of international standards, especially for diving.

The minister was reported to be dumbfounded that the aquatics centres in Kuching and Kuantan were not built in accordance to standard specifications and that he will personally check on the facilities. 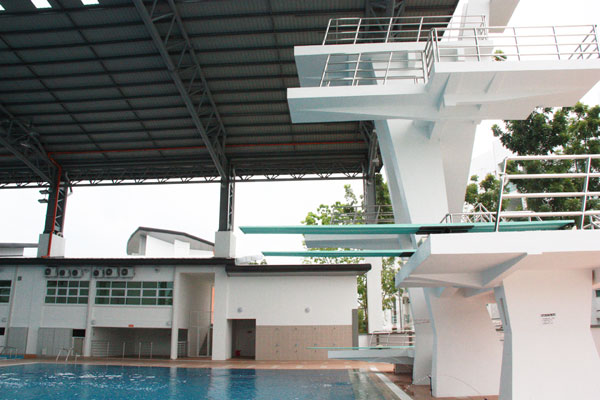 TOO SLIM: The diving boards are quite narrow and do not meet international competition standards, especially for synchronised diving.

Francis revealed that the centre’s 3-metre springboards and 10-metre platforms looks a little narrow and no longer meet international standards while the three trampolines in the dry gym, located next to the aquatics centre, are not functioning properly thus may pose safety hazard to the divers when they use it for training.

“One thing for sure, the diving boards are quite narrow and do not meet international competition standards, especially for synchronised diving. The boards can’t fit two people and using two different diving boards is not the standard for large tournaments or even for Sukma standard. And also the sitting capacity is limited to only 100 spectators,” informed Francis.

Francis also hoped that Ahmad Shabery’s visit to the aquatics training centre here on Aug 27 would bring good news on the decision to upgrade or rectify what are needed to the diving facilities. 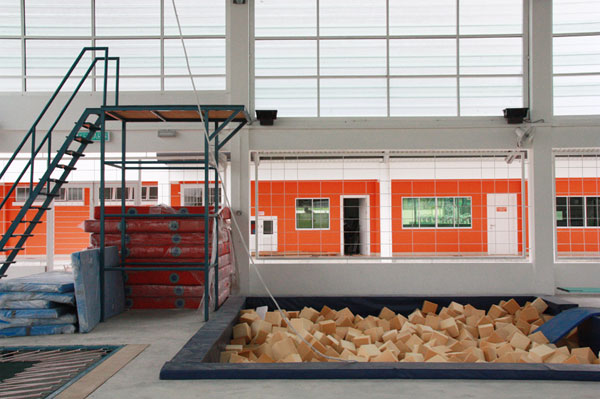 TOO DANGEROUS: The three trampolines in the dry gym are not functioning properly thus may pose safety hazard to the divers.