Monday, September 26
You are at:Home»News»Sarawak»International 4×4 challenge in Sarawak soon 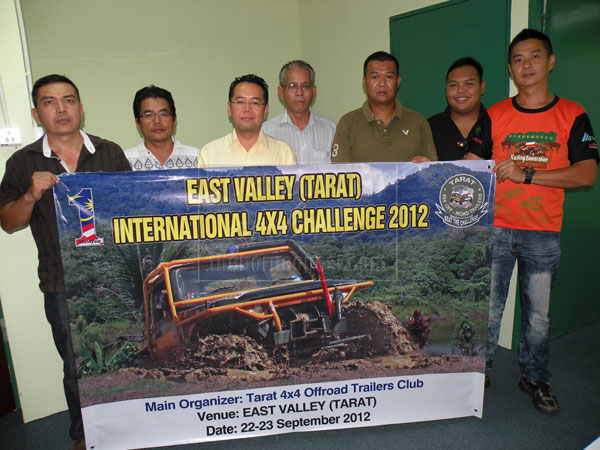 KUCHING: The first ever East Valley Tarat International 4×4 Challenge 2012 will be held from Sept 22 to 23 at Mile 32 Kuching-Serian Road.

The challenge organised by Tarat 4×4 Off Road Trailer Club aimed to foster better relationship between club members and the general public, to promote club activities locally and internationally and to contribute to the state’s tourism industry.

It also seek to promote awareness on road safety, regulations and defensive driving to the general public as well as to explore Tarat and its surrounding areas in the 4×4 competition arena and to identify more areas for a similar event in the future, said the event chairman Stanley Sila in a press statement yesterday.

He said the club was expecting a crowd of about 5,000 spectators and the participation of 50 local and international 4×4 enthusiasts from England, Australia, the Philippines, Brunei, Indonesia, Singapore, Brunei and Peninsular Malaysia.

Participation is open to all with a fee of RM300 per participant and a total of RM20,000 worth of cash and merchandise to be won.