Wednesday, May 12
You are at:Home»News»Sarawak»13-year-old autistic lad has big dreams 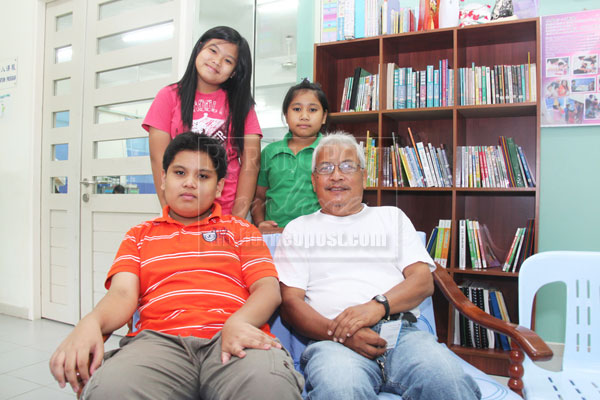 FOR THE ALBUM: (Seated from left) Clement, his grandfather Ejang, and his siblings during the interview.

SIBU: A 13-year-old boy, who was born with mild autism, has big dreams to be successful deep in his heart, despite his disabilities. 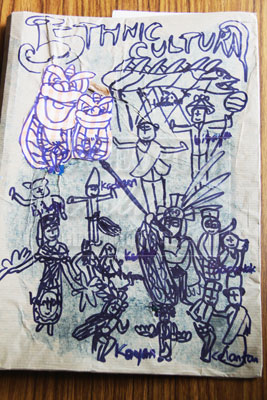 CREATIVE: The cover of Clement’s scrapbook. He drew the pictures himself.

Being autistic has been very difficult for Clement Belun and apart from his family members, not everybody can really understand that.

He had to deal with bullies, and making friends was difficult, but through sessions, therapies, supports and encouragements, today, he showed the world he can be a leader.

On June 7, he spoke through a microphone for the first time in front of an audience of hundreds of people during the National Early Childhood Intervention Council (NECIC) opening.

Speaking to The Borneo Post recently, he said he loved speaking in front of a large audience, and inspiration alone was enough to ward off fear and nervousness.

“Dr Toh (a paediatrician) asked me to do emceeing for the opening and I said yes. I felt okay, I wasn’t nervous and I like being an emcee,” he said confidently despite having some difficulties in communicating.

To prepare for the big event, he said he practised for about five times with his friend and Dr Toh at the Agape centre.

His grandfather Ejang Dunggan, 56, was pleasantly surprised when told his grandson had been asked to be an emcee.

The grandfather said he had confidence in Clement but nonetheless, was anxious to see how well he could perform.

He said Clement was really serious in the task, as he (Clement) constantly asked him for corrections and improvements.

Ejang said despite his disabilities, Clement showed a lot of confidence in himself.

He figured it must be his interest that gave him the excitement.

According to him, Clement showed signs of autism when he was in kindergarten. 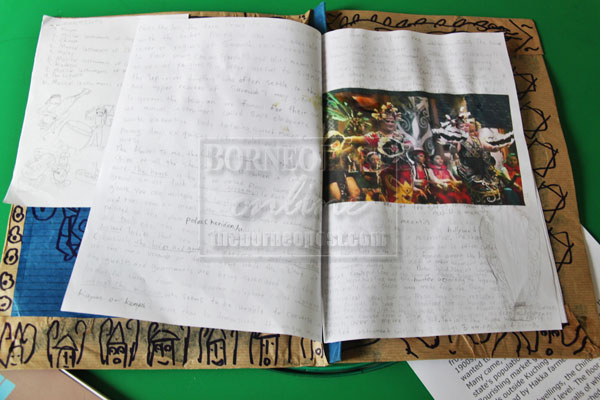 LOVING CULTURES: Clement loves cultures and people so much that he wants to become a photographer one day.

“Clement had problems mixing with other children, and the teachers just could not understand his behaviour,” he recalled.

“A doctor who has an autistic child came to me and recommended that Clement see a specialist. I took his advice,” he added.

Ejang said Clement started to show improvements after he enrolled for a class meant for autistic children. “Timorousness gradually left him,” he said, adding that Clement has now been entrusted to help with the running of the class, like a leader.

“Yes, I like to be a leader,” said Clement, who is born with good memory.

He is very good at history, and can speak Chinese though he is not a Chinese.

Clement said he used to be bullied in school, and very few people were helpful to him. “I kept a distance from the bullies. The teacher told me to ignore them.”

Clement loves the cultures of different peoples and places.

“I like cultures very much. When I surf the Internet for the first time, I was only 11 years old. I searched for subjects on cultures and dialects,” he said.

Drawing is also his forte. “The headmistress of SJK Thai Kwang knew Clement could draw and has asked him to draw for the school,” his grandfather said.

He said Clement used to have a magnetic board to draw when he was very young.

Clement also has a strong passion for photography.

He enthused: “I want to become a photographer when I grow up. I know how to take photographs. When time comes, I will capture the lifestyles and cultures of different people in digital images.”

Previous ArticleAll about strengthening self belief, not records
Next Article UiTM Samarahan to run into record book