Monday, September 21
You are at:Home»News»Sarawak»UiTM Samarahan to run into record book 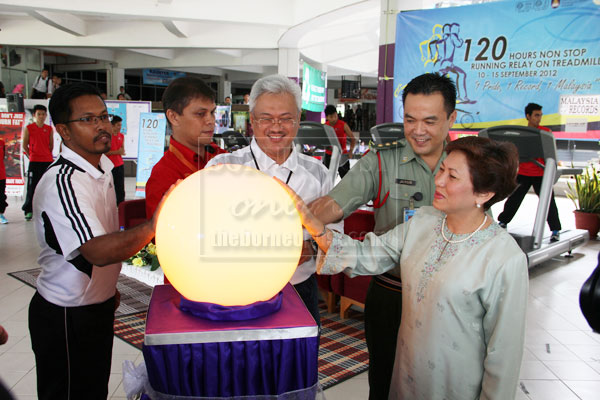 Nine selected student (seven male and two female athletes) will run the course on a two-hour rotational basis for six days starting at 11.30 am yesterday till 11.30 am on Sept 15.

The project is held in collaboration with the Ministry of Science, Technology and Innovation (Mosti) in conjunction with its Sarawak Zone Science and Innovative Carnival to be held at the Kuching Waterfront here on Saturday. The final hours of the record breaking feat was also scheduled to take place at the carnival. 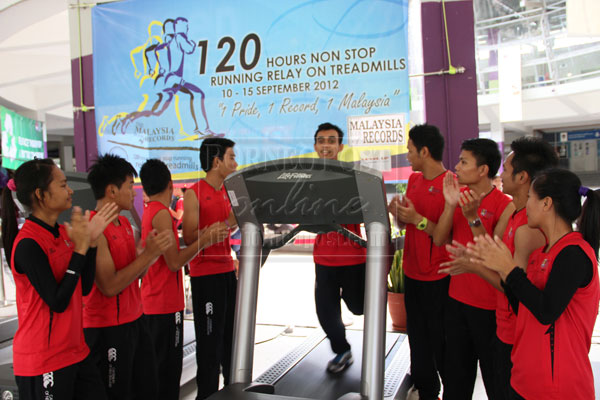 “This programme is the first of its kind to be organised by the state’s UiTM Samarahan campus. I could have not been any prouder with the spirits and cooperation from students to make this programme a success.

“This event inadvertently can become the catalyst on opening the minds of our students to accept challenges and compete healthily to uphold the name of UiTM particularly UiTM Sarawak as the most prestigious university icon,” said Jamil when officiating at the event.

On the bigger picture, he added that the programme was not about breaking records but to increase awareness on the importance of healthy living which somewhat has taken a backseat among the younger generation in this modern world.

“The university’s hope in organising the programme was to produce generations who are healthy in physical, mental and spiritual in line with the nation’s call on producing a society which practices healthy lifestyle. The feat would also become a landmark to the university’s effort in producing human capital able to face the globalisation era,” he highlighted.

UiTM, which has been given the mandate by Mosti as the carnival’s programme organising committee, has planned various activities and competitions including clay and bamboo creative design, recycling materials competition and others.

The record breaking feat which was among the various programmes lined up leading to the carnival was held to realise a national-level achievement by the youths of UiTM Sarawak while promoting the patriotism and ‘Malaysia Boleh’ spirit in line with the upcoming 49th Malaysia Day celebration.

It was also hoped that the programme would instill team spirit among the students in a more creative and innovative way in line with the carnival’s theme of ‘sports technology, sports nutrition and sports rehabilitation’ as the catalyst to science and innovative transformation in the sports science field.

Also present at the launching of the record breaking feat were the university’s Sports Science and Recreational Faculty coordinator Gordon Nicolaus Jemat Anchang, project coordinator Mohd Asmadzy Ahmad Basra and Capt Jackson Rinya from the 3rd Transport Company Service Corp, Semenggo Camp near here who acted as an independent observer as per required by The Malaysia Book of Records.

Level Up Fitness centre is one of the sponsor of the event. A total of 73 students first registered for the trial before nine were finally selected.